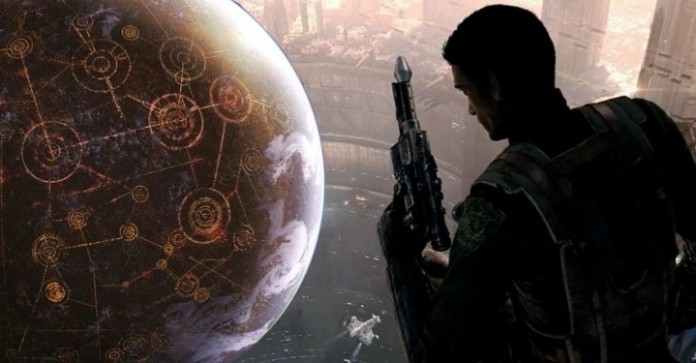 Even before Disney became the property of Disney, George Lucas was developing the Star Wars series, which should finally see the light.

After the success of other “Star Wars” series on Disney+, George Lucas’ original vision of the series, set in a galaxy far, far away, can finally become a reality. A few days before Disney acquired Lucasfilm, the director was trying to bring to life Star Wars: Another World, a harsh series that would serve as a big departure from the original trilogies and prequels and their focus on Skywalkers. Although, unfortunately, it was never implemented and would have inspired other Star Wars projects, it’s time to revive the project.

Set on Coruscant, Underworld was supposed to explore the seedy underside of the planet-city between “Star Wars: Episode III — Revenge of the Sith” and “A New Hope.” Lucas spent many hours on “Star Wars: Another World” with various writers, hoping to create a series at an unprecedented level for 2005 (long before the rise of the streaming era). However, the project was eventually suspended due to budget constraints and a possible purchase by Disney in 2012.

However, now is the perfect time for “Star Wars: Another World” to finally become a reality thanks to the rise of the streaming era and Disney+. Shows like The Mandalorian not only proved the success of the Star Wars show, but also showed the value of stories not directly related to the Skywalker saga. In addition, new technologies have emerged to help solve existing budget problems. Here’s what’s known about Lucas’ initial plans for Star Wars: Another World, how elements of the series appeared in other projects, and the chances of the unfinished Star Wars project ever becoming a reality in the Disney era.

According to reports and updates provided by Lucas himself from 2005 to 2010, Star Wars: Another World was supposed to be Lucasfilm’s next major project after completing the prequel trilogy with Revenge of the Sith. It was developed together with the animated series “Clone Wars”, which successfully began airing on Cartoon Network in 2009 after the release of the feature film in 2008. The action of the “Other World”, taking place during the rise of the Empire, was supposed to show the darkness of Coruscant and its lower levels. levels where crime and lawlessness raged, despite the fact that the world became known as the Imperial Center. The series was also supposed to be linked to a similar discarded video game Star Wars: 1313, which was in development, where players had to take on the role of a bounty hunter operating at the 1313 Coruscant level.

Originally planning to write 25 42-minute episode scripts, Lucas apparently enjoyed the process so much that eventually the writing team had about 50 scripts in various stages of development. While Lucas encouraged writers to think big, since budget wasn’t an issue, it seems that budget issues were an important reason why “Another World” was postponed. As Lucas said in an interview (via MovieWeb):

“Right now it (the Other World) looks like a Star Wars feature. But we need to figure out how to do it for about a tenth of the cost of the features, because this is television. We’re working on it, and we’re continuing to work on it. We’ll get to that at some point. It’s just a very complicated process.”

It seemed that each episode would cost almost as much as a full-length feature film. So Lucas eventually suspended the series in 2010 due to budget issues, citing that he and Lucasfilm were just waiting for technology to catch up so they could produce episodes for a fraction of the cost. However, in 2012, Disney bought Lucasfilm, which postponed the release of the series indefinitely. At the same time, test footage from Stargate Studios leaked to 202o, where stormtroopers hunted an agent of the rebels in the bowels of Coruscant, which rekindled fans’ interest in Lucas’ unfinished project.

While Disney didn’t go any further with “The Other World,” his legacy can be seen in the various films and TV series they have released. The cancelled 1313 game, conceived as an addition to Underworld, became a source of inspiration for the Clone Wars episodes, where Ahsoka Tano visited level 1313 in the last season of the series. In addition, elements of both “Rogue One” and “Solo: Star Wars. Forest Whitaker’s character So Guerrera, who has been featured in several projects, was originally also supposed to be an Underworld character.