Home Entertainment George Clooney justifies his absence as Batman in The Flash “for loading... 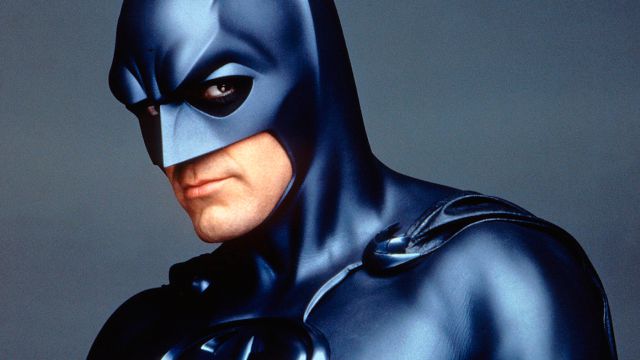 George Clooney: The actor admits that he ruined the franchise with Batman & Robin and that for that reason he has not received the call for his return; What do you think about Batfleck?
DC fans in general and Batman in particular are eagerly awaiting the premiere of The Flash, an event film that will bring together different superheroes from various Earths or dimensions and in which we will see both Michael Keaton’s Batman from 1989 and the Knight. Ben Affleck’s dark from the most recent Snyderverse, waiting to be confirmed some other surprise at the cast level. But the Batman we won’t see is George Clooney from the maligned 1997 Batman & Robin movie; This is what the actor himself has assured, explaining why he believes that they have not called him to put on the suit “with nipples” for The Flash again.

George Clooney jokes about his absence from the Flash

Thus, and as part of a recent interview about his new film, The Tender Bar, Clooney has answered the question of whether we will see him soon again dressed as Batman in reference to the next film The Flash and the different versions of Batman that in we will see, even if it is as a brief cameo. George Clooney has been very direct with the answer, not without doing it with a certain humorous tone.

“They didn’t ask me. When you load up a franchise the way I did, they usually look the other way … I had incredible nipples, it was winter all the time, “says the actor with a laugh. And it is that such is the actor’s feeling of animosity regarding his role as Batman that he has admitted on several occasions that he is unable to see her again, even advising against Ben Affleck at the time to accept the role of Batman.

Speaking of Batfleck, Clooney has dedicated a few words to the actor, answering the question of why it has taken so long to work with him in the cinema: “I did not want to work with him for obvious reasons, the Batman franchise that I made it was loaded so solid, ”jokes George Clooney.

Recently, Ben Affleck admitted to being very happy with the return of him as Batman in The Flash, after shooting scenes of him in a movie that will hit theaters on November 4, 2022.