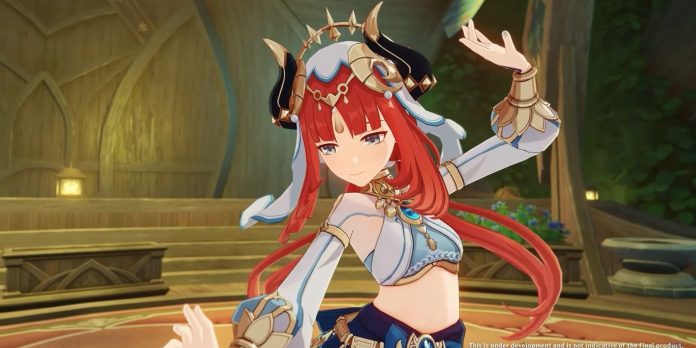 Genshin Impact has a very busy schedule of updates: each new version of the game appears approximately every six weeks. As Inazuma’s story comes to an end in 2.8, it’s time for HoYoverse to introduce a new major region called Sumeru.

Genshin Impact’s social media accounts have already confirmed the appearance of three new characters in the first update of Sumeru. A brand new preview teaser of Sumeru revealed more information about the new major region, as well as about its characters.

The plot of the game has already confirmed that Sumeru is a nation that values wisdom. According to the popular character Yae Miko, in a new large region, knowledge is managed as a resource. This is done with the help of a legacy based on Gnosis left by the previous Archon Sumeru, the Great Lord Rukhadevata. The new video shows the appearance of six new characters who are expected to join the game roster in the future. Rumor has it that all the characters featured in the video have a five-star rarity, given that the already confirmed four stars, Dori and Collie, were not part of the video. The first game character shown in the video is called Tignari, and he will be part of the upcoming 3.0 update.

The video also shows five additional characters: Al-Haytham, Dehya, Nilu, Nahida and Qino. Over the past couple of months, information about Al-Haytham has been leaked many times, and it is expected that he will become a new Dendro DPS character. There is a lot of hype surrounding this character, as his design seems to be based on a third Honkai Impact character named Su. This won’t be the first time HoYoverse has taken inspiration from its second most popular title when it comes to character design.

There are rumors that Nahida is the new Archon of Dendro, also known as the God of Wisdom, but HoYoverse has not yet confirmed this information. Despite the fact that fans expected her to appear in the second update of Sumeru, as it would correspond to the usual scheme of releasing new Archons in the game, leaks hint that she will most likely appear in version 3.2.

Numerous responses in the comments section claim that these six characters will most likely not be the only ones to join the game list in the foreseeable future. Numerous leaks hint that the famous sixth Harbinger named Scaramouche may join the game list in Update 3.2. His absence in the recently released video titled “Winter Night Lazzo” indicates that he may appear in history earlier than expected.