Home Entertainment Genshin Impact: Why has there been a boycott campaign against gambling? 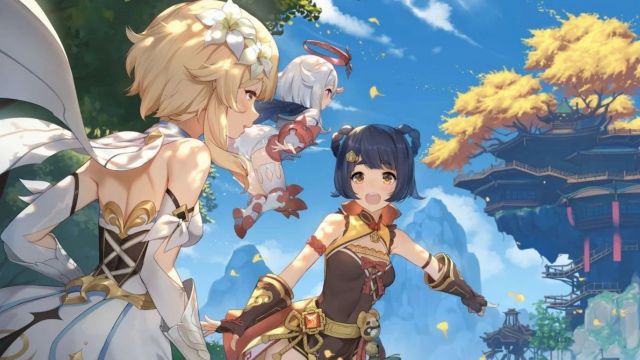 Genshin Impact: The hashtag #BoycottGenshinImpact has appeared on Twitter, but it is not the only one: more than 100,000 messages against the title of MiHoYo.The popular free-to-play of MiHoYo has not been able to avoid the controversy. Genshin Impact is in the eye of the hurricane after some users created a boycott campaign against the video game, as published by PC Gamer. The hashtag #boycottGenshinImpact has become a trending topic on Twitter, although it is not the only one in that direction: in total, more than 100,000 messages in which the developers are criticized for an alleged racist treatment of the characters. However, the debate has been directed in different directions.

One of the triggers for the discussion was a video shared by Twitter user veluvr (and now deleted). The clip, which was originally posted by MiHoYo last year, takes a tour of the Shanghai offices. However, in one of the sequences you can see an artist working on one of the main enemies of Genshin Impact, the hilichurls. Users have noted that the reference material depicts several Native Americans dancing.

All this has caused a great controversy regarding the possibility that the study is using minorities as influence to create fantasy races. The aforementioned hilichurls use tribal clothing and participate in dances of this style.

On the other hand, criticism has also focused on the characters of Xinyan and Kaeya. The first of them, a warrior, has darker skin than the rest of the characters and scares the other protagonists. Certain players claim that the study has reinforced prejudice against black people. Kaeya, for her part, also has dark skin and has been defined as “exotic”. Of course, not everyone agrees with this interpretation of the facts.

In addition to the accusations of racism, there is an NPC named Ulfr who falls in love with Flora, a girl. How could it be otherwise, accusations of pedophilia have surfaced. In addition, in beta Flora was a grown woman. Perhaps the previous dialogue has remained intact despite the design changes.