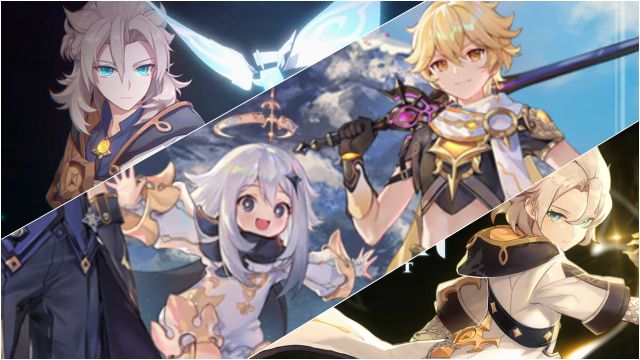 ‘The Prince of Limestone and the Dragon’ is now available. We review all the elementary details of this new update of the MiHoYo game.

Genshin Impact has been updated this morning to version 1.2. ‘The Prince of Limestone and the Dragon’ enters fully into the universe of the MiHoYo title, one of the hits of the season in the free to play scene, and does so with large doses of content that we will now detail continuation; including compensation for the five hours of waiting that the title has remained suspended on both PS4 and PS5 as well as mobile devices and computer.

We start with compensation for updating the server and fixing bugs; at a rate of 60 Protogems per hour in the first case. In total, 600 Protogems available to everyone (300 + 300) from now on.

Dragonwing is the most remarkable novelty of this version 1.2 of Genshin Impact. This new area joins the world of Teyvat, where “travelers will be able to put their adventurer skills to the test in freezing weather. With new puzzles, missions and a new gameplay ”. Among these novelties, the extreme cold. “When the Traveler is in the glacial climate of Espinadragón, he will accumulate extreme Cold. Upon reaching the extreme Cold limit, his Life will gradually decrease, ”they explain. In addition, bonfires, torches and all objects that emit heat can reduce this accumulation of Extreme Cold. “Certain environments or behaviors will also accelerate the build-up of Extreme Cold, such as snowstorms or swimming,” MiHoYo explains in the patch notes.

A new system is also incorporated, the Cold Eternal Tree. If we offer him scarlet agates scattered throughout Dragonwing, we will gain his recognition. To get those scarlet agates it will be necessary to raise our offering level in the cold-eternal Tree; This way we will obtain Encounters of Destiny, Intertwined Destinations, Gliders, Blackberry, Weapon EXP, Character EXP, Talent Upgrade Materials, Gadget Crafting Blueprints, among other rewards.

We continue with a new domain, the Peak of Vindagnyr. As they say, in the past “this city that is now buried in the snow had a romantic and proud name. The mountain was green and lush. But when the pillar that froze the heavens reached here, the priests went up to the altar that previously looked up to the heights and did not hear the voice from heaven, nor did they ever return. As always, MiHoYo tries to add lore and context to the plot background of its video game, Genshin Impact. If we complete all the challenges of the domain we will take Winter Wanderer, Heart of the Depths and other artifacts.