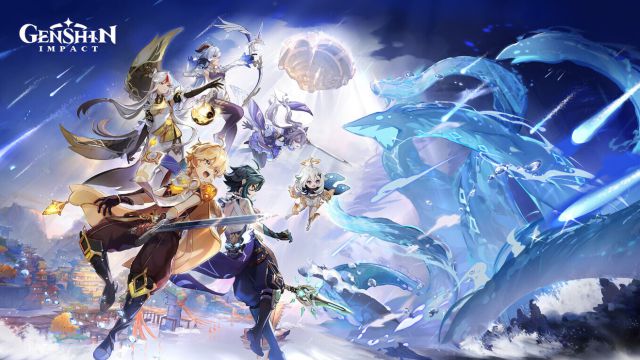 Genshin Impact: The miHoYo free-to-play game is also available on mobile devices, PlayStation 4 and PlayStation 5. Genshin Impact makes its way onto one more platform. Although it was already available on PC to download through the official website, the Chinese developer miHoYo has announced that the game will also be released on the Epic Games Store. Through a press release, the company has reported that it will be from June 9 when players can enter the magical world of Teyvat from the application of the creators of Fortnite.

From now on, anyone interested has the opportunity to add Genshin Impact to their wish list on the Epic Games Store. A free gift pack with the code GenshinEpic will be available from the day of launch. The code can be redeemed within the game, although only for a limited time.

“During the development of Genshin Impact, one of our main goals was to make the game available on a wide variety of platforms so that players could play alone or with their friends no matter which platform they chose to play on,” said Forrest. Liu, president of miHoYo. “The Epic Games Store has proven itself to be an expert in PC gaming, and we feel privileged to be able to cooperate with Epic and bring Genshin Impact to a broader global community.”

Traveling through a fantasy world

Genshin Impact is a free action RPG (free-to-play, that is, free but with microtransactions) and open world. The world of Teyvat brings us closer to a universe of beautiful landscapes full of dangers. We are travelers, let’s venture out on a journey to discover what happened to the lost twin. During our journey, players must unravel the mysteries of Teyvat.

Today, users can explore Mondstandt and Liyue, two great cities that have their own culture, as well as interesting stories and very special locations. Inside and around we will find a great diversity of creatures, monsters, secrets and treasures. Like any free-to-play video game, the developers regularly add new features, including new characters, settings, monsters, and items. In addition, the content is structured around the different seasons.