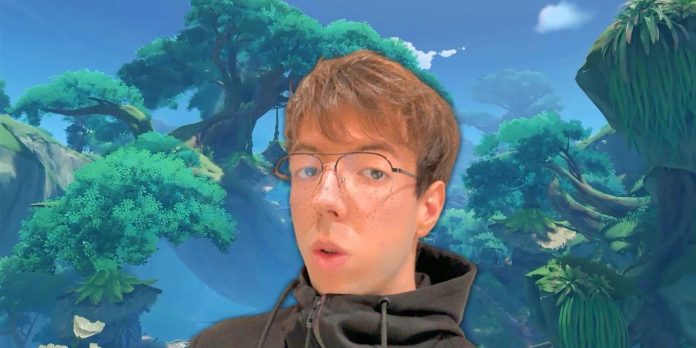 Genshin Impact streamer Mordex shocked his audience by broadcasting the closed beta version of Genshin Impact 3.0 on the popular live streaming service Twitch, violating the non-disclosure agreement that all beta testers must comply with. Although some Genshin Impact players liked the leaked content, the overall reaction to the streamer’s actions was negative, and many condemned his actions. The live broadcast was met with a negative reaction from Genshin Impact players, including many who were upset by the spoilers that appeared from the broadcast, which quickly spread on social media.

Genshin Impact is no stranger to leaks, and its beta testing of version 3.0 was no exception: many well-known Genshin Impact leaders share leaks from the upcoming update daily. However, it is known that HoYoverse is suing beta testers who violate the terms of their agreements. Earlier this year, news broke that the leader of Genshin Impact was fined thousands of dollars for leaking content from the Genshin Impact 2.5 beta test. Given HoYoverse’s track record of taking action against leaks, Mordex’s recent actions could have serious consequences for the Twitch streamer.

Despite the prevalence of Genshin Impact leaks, viewers were shocked to see a streamer live streaming content from the closed beta version of Genshin Impact on Twitch. Mordex, who has more than 61,000 subscribers on Twitch, broadcast a closed beta on his channel, showcasing the new nation of dendro Sumeru and her unreleased characters. Mordex doesn’t seem to have expressed concern about violating his non-disclosure agreement or the consequences he is likely to face. Although the streamer has since deleted the on-demand video and all clips of the offensive Genshin Impact live broadcast from his Twitch channel, punitive measures seem inevitable. Mordex has since shared his apology on Twitter, but his lack of remorse caused further backlash from Genshin Impact fans who were not impressed by the streamer’s actions.

Even if HoYoverse decides not to sue the streamer, it’s safe to say that Mordex will never be allowed to participate in beta testing again. In addition, Mordex may completely lose its Genshin Impact accounts, as well as suspend or block Twitch for violating their terms of service. Recently, Twitch has been taking tough measures against intellectual property rights violations, and streamers on Twitch have seen an increase in the number of DMCA-related bans for copyright infringement.

Mordex’s decision to conduct a live broadcast of the closed beta version of Genshin Impact 3.0 on Twitch, for obvious reasons, caused a negative reaction and will undoubtedly lead to consequences for the Twitch streamer. I hope this will serve as a sharp reminder to Genshin Impact players and the gaming community as a whole to never violate the terms of the non-disclosure agreement. HoYoverse has not yet released a statement about the incident, but judging by Mordex’s tweets, the streamer believes that the situation has been resolved. However, it is likely that the negative reaction of the community is only the first of many consequences for the Genshin Impact streamer.