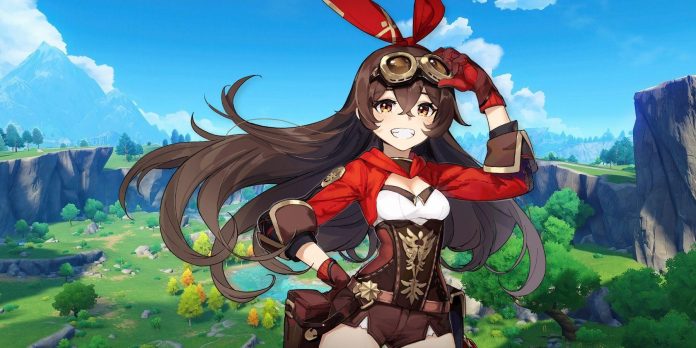 Genshin Impact features a number of memorable characters who have made an indelible impression on millions of players. One of the first characters ever introduced in Genshin Impact is Amber, an Outrider representing the Knights of Favonius Mondstadt. Before heading to the Sumeru region, developer Genshin Impact HoYoverse released a brand new Amber art.

The main plot chapters of Genshin Impact focus on certain regions of the game, such as Mondstadt, Liue and Inazuma. Mondstadt serves as the introductory chapter of Genshin Impact as players learn about the antagonistic threats in the world. The players meet Amber for the first time on their way to the city of Mondstadt, and she continues to introduce the Traveler to various parts of the city.

To celebrate Amber’s birthday, HoYoverse posted a new artwork featuring the iconic character via Genshin Impact’s official Twitter account. The work is accompanied by a dialogue of Amber addressing the Traveler. The first artwork was illustrated by artist yu-ri and depicts Amber with her Baron Rabbit. Amber has prepared useful items for the Traveler’s journey to Sumer, a region that will be presented in Genshin Impact version 3.0. She sees off the Traveler in a friendly way, but Amber’s connections with Sumeru imply that she may appear again to help an old friend.

The second piece of art depicts Amber, a Traveler and Paymon sitting on top of the Mondstadt clock tower. The group has a beautiful view of the large area of Mondstadt, and the top of the clock tower is high enough to provide a suitable descent for planning. Amber thanks the Traveler for joining her and wants to arrange another gliding competition.

Amber was an important character during the launch of Genshin Impact as one of the first members of the group to join the players in their quest. Almost two years after its launch, it is still a favorite of the community. Amber’s new work gives a delightful insight into her friendship with the Traveler, while players explore the far corners of the Genshin Impact world.