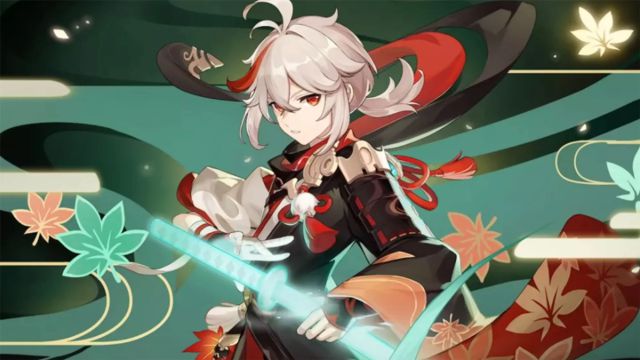 Genshin Impact: This new five-star character is available as part of update 1.6, which is now downloadable.Kaedehara Kazuha is one of the novelties of update 1.6 of Genshin Impact, the successful free-to-play title developed by miHoYo. All these contents can already be enjoyed in the video game, since the patch has been available for a few days. Now, however, the study has wanted to focus on the figure of Kazuha and has published a new video, which brings us closer to his motivations and his profile as his character. You can see it on these lines.

“The journey to Inazuma will be long and full of threats, but Kaedehara Kazuha remains calm,” says the official description. “The moon rises bright in the sky and the breeze sways calmly at night. Despite the impending storm, the wine and singing will not cease ”. This ronin samurai warrior wields a light sword and travels the world of Inazuma, as part of Liyue’s Crux Meridianam Fleet. Although his heart is kind and carefree, the man carries many problems from the past.

According to official information, Kaedehara Kazuha uses the Shivering Vehemence ability, which draws enemies and objects towards her, allowing her to take flight and unleash the Chaos Containment Descending Attack, a powerful blow that deals Anemo Damage and generates a wind tunnel. His ultimate ability is known as the Edge of Ten Thousand Leaves, which establishes a demonic autumn wind zone. Anyone who gets close will take Anemo Damage intermittently.

Genshin Impact is available on PS4, PS5, PC, and mobile devices. It can be downloaded completely free of charge, since it works under a free-to-play model (free but with microtransactions). The game is also planned for Nintendo Switch, but a specific release date has not been specified at the moment.

John Wick 4: Donnie Yen Will Be Allied With Keanu Reeves...