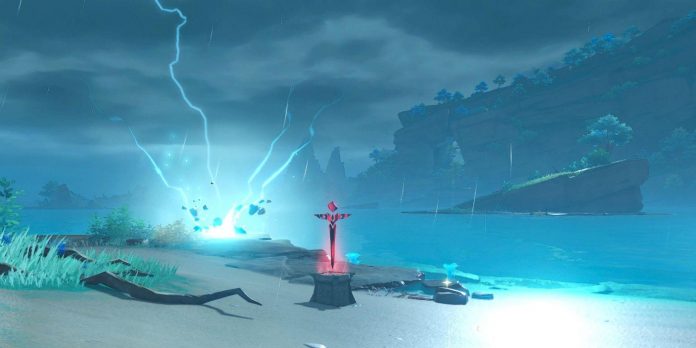 Ever since miHoYo released Genshin Impact in 2020, fans have been discovering hidden details in the open world that make the role-playing game even more exciting. One Genshin Impact fan made an interesting discovery about the wet torches dotting the landscape of Inazuma.

Reddit user PhaNuocChanh recently posted a clip of Genshin Impact in which they explore a large area of Inazuma near torches extinguished by torrential rain. Unlike other areas, the torches in Inazuma get wet regularly due to the never-ending thunderstorm hitting this area, which makes this place ideal to notice a small but important detail about the ARPG. Just as Genshin Impact fans have noticed that some things attract the attention of lightning, while the rain suddenly stops when entering Genshin Impact cities, PhaNuocChanh’s video demonstrates a potentially useful way to use wet torches to defeat enemies.

Due to the death of the crimson fox in the PhaNuocChanh Genshin Impact clip, the player can collect several pieces of raw meat that can be used in some of the best Genshin Impact recipes. Each shock from a wet torch in the PhaNuocChanh video deals more than 1,000 units of damage, which is only a minor inconvenience for a level 90 player with a maximum health of more than 16,000 units. It is currently unclear how many total electricity discharges PhaNuocChanh could withstand, but low-level Genshin Impact players may want to avoid wet torches during a thunderstorm.

Despite the fact that many lightning bolts need to be avoided in the constant thunderstorm of Inazuma, Genshin Impact players may have to remember how close they are to wet torches when approaching death. While some fans speculate that these Genshin Impact electrical effects may be changed or removed with the upcoming update, others speculate that the torches may be charged in other ways. Genshin Impact fans who are trying to reproduce a Tesla coil with a wet torch in the PhaNuocChanh clip will have the most luck in the same place due to the frequency of lightning in the area compared to other regions.

Genshin Impact is now available for mobile devices, PC, PS4 and PS5. The Switch version is under development.

Open-world role-playing games that can be played after defeating the Golden...

K-dramas With Valuable Teachings About Life And Death