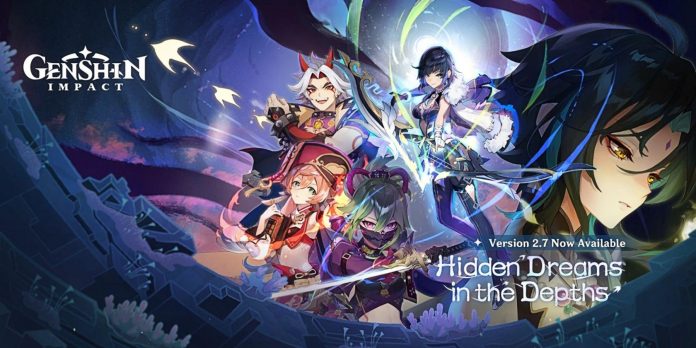 Genshin Impact was first released in September of 2020. Since then, it’s expanded its map and now has three different regions. The game also has plenty of quests for players to experience, such as main story quests, world quests, and even character-specific quests.

However, many long-time players have already completed these quests, so there isn’t much left for them to do in Genshin Impact apart from daily commissions and collecting character ascension materials — at least, until the next hefty content update rolls around. The next major content update is still some time away, leaving me wondering what to do.

The content droughts in Genshin Impact refer to the lack of gameplay outside of dailies and time-bound events. Players who feel the effects of these content droughts are often veterans who’ve already finished the non-repeating quests of the game and explored most of the available regions. After this point, there’s very little left to do in the game apart from trying to complete the Genshin Impact Spiral Abyss.

Even then, plenty of veteran players have already finished all the stages of the Spiral Abyss with perfect Genshin Impact teams. And that only worsens the state of the content drought as there truly isn’t anything more to do other than grind for character gear and wait for the release of the next region. Additionally, there are other, more story-focused players who are waiting for a continuation to the Traveler’s story, meaning, for some, the Spiral Abyss might not even be a priority.

This poses a problem in Genshin Impact as the lack of content makes it difficult for players to find the motivation to continue grinding. As it stands, Genshin Impact’s main gameplay loop is prone to stagnation, and it doesn’t have any other features to keep players occupied while they wait for the Sumeru update to drop.

That said, it’s important to note that players don’t expect HoYoverse to pump out major content updates faster. The community is aware that creating new regions, character stories, and quests is no small feat. However, there’s something to be said about adding to Genshin Impact’s existing content in order to give players more to do in the meantime. And the community has voiced plenty of ideas that accomplish exactly this.

The primary call is to expand Genshin Impact’s Spiral Abyss. The Spiral Abyss is a special dungeon that many players consider the game’s primary endgame content. This is because the dungeons are some of the most difficult to complete, requiring fully optimized teams with good elemental synergy. Though given that the Spiral Abyss has been around since the beginning of the game, many veteran players can clear it with ease.

By expanding the Spiral Abyss and perhaps even increasing the character level limit of Genshin Impact, it gives players a new challenge to face. It gives them a reason to continue building their characters and grinding domains for the best character items. Without such a challenge, players will see no reason to improve their teams, especially if they’ve already finished the Spiral Abyss at least once.

Aside from adding more endgame content to Genshin Impact, another, more complex fix to the content drought would involve implementing more PvE (Player versus Environment) modes. However, this would potentially require HoYoverse to expand its multiplayer feature. Currently, only four users can play together in one game world. In other words, only four players at a time can fight bosses, complete domains, and explore Teyvat together.

This is no doubt limiting in terms of multiplayer options. However, were HoYoverse to allow more users to play in one game world, it could pave the way for more challenging PvE events. The game could introduce optional raid bosses and even domains that require co-op in Genshin Impact. Domains made specifically for multiple people could include greater hordes of enemies and maybe even unique team-based puzzles.

Aside from PvE, improved multiplayer would also allow for PvP (Player versus Player). This serves the same purpose as adding more stages to the Spiral Abyss — namely, it spurs players to optimize their characters and team comps. Granted, it might be difficult to create a fair PvP mode in Genshin Impact since it isn’t easy to measure player ability and individual character level. However, there are other ways to implement PvP.

For instance, the Genshin Impact Windtrace event introduced a Prop Hunt-esque multiplayer game mode. Players thoroughly enjoyed the mini-game, and many think it should be implemented as a permanent fixture in Genshin Impact. Alternatively, it could remain a seasonal Genshin Impact event, but perhaps HoYoverse can add similar multiplayer events that aren’t reliant on a player’s combat ability. Cycling through these events regularly would emphasize the multiplayer aspect of Genshin Impact — something that’s, admittedly, often neglected in the community.

Genshin Impact in the Long Run

Overall, HoYoverse could combat Genshin Impact’s content droughts by adding more permanent features to the game, such as more challenges for higher-level players or new multiplayer opportunities. The limited-time events, while fun, simply aren’t enough to keep players occupied anymore. Moreover, with the Genshin Impact Sumeru update still a few months away, many players are beginning to feel stagnant and letting such feelings fester harms the game’s long-term value.

Genshin Impact in its current state provides an excellent experience for starting players. They’ll have three unique regions to explore, tons of characters to wish for, and plenty of team comps to experiment with. Not to mention, they’ll have hundreds of quests to go through to learn about the Traveler’s story as well as the lore of the rest of Teyvat. For veteran players, however, things are beginning to get stale. Hopefully, HoYoverse can address the issues being raised by its longtime players to ensure that Genshin Impact remains successful even in the long run. Still, only time will tell whether Genshin Impact can sustain its already prolonged success.

Genshin Impact is available now for PC, PS4, PS5, and mobile devices. A Switch version is in development.

Some “Game of Thrones” fans complain about “House of the Dragon”...