Home Entertainment Genshin Impact: location of the seal on each stone pillar at Dusk... 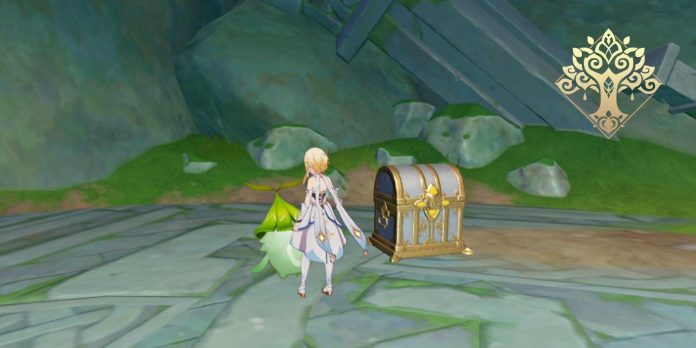 The stone pillar seal in Genshin Impact is a new type of puzzle that can be found at Dusk. At first glance, this puzzle seems like an ordinary open-world mechanism, but in fact it is part of a quest in Genshin Impact.

Because of this, players are strongly encouraged to mark the Stone Pillar seals they destroyed. Once all 16 are printed, Travelers will receive the “Resume Time” achievement, and after completing the “Legends of the Stone” quest, players will eventually receive a Luxury Chest.

The location of each stone column in Genshin Impact Sumeru

A total of 11 stone pillar seal locations are at ground level, and the remaining five are inside caves. Two underground stone pillar seals north of Pardis Dhyai are located inside the cave where players launch the “Legends of the Stone Castle” quest in Genshin Impact. Meanwhile, the other three are accessible from these locations:

Access to this cave entrance can be obtained after players receive Kusava in the Agnihotra quest in Genshin Impact (Chapter 4 of Aranyaki).

The easiest way to get to this Stone Pillar Seal is to use the nearest underground Teleport point. To unlock this area, players will need to follow Chapter 5 of Aranyaka in Genshin Impact (Vimana Agama).

This stone pillar seal can be destroyed as soon as players empty the water level in Genshin Impact. This process must be performed twice to completely drain the cave, revealing the mystery of the stone pillar seal.

To launch the “Legends of the Stone Castle” quest in Genshin Impact, players must destroy the Stone Pillar Seal north of Pardis Dhyai. The seal is underground, and players can use one of three locations to enter the cave.

After the Grader of the Ruins is defeated, an Aranara named Aradashan will appear, who will ask the Travelers to destroy all 16 Seals of Stone Pillars in Genshin Impact Sumeru.

After the players defeat the Eternal Mechanical Array for the first time, the four Aranars will be determined to practice defeating the automaton in the realm of dreams. Now Travelers can use their Ancient Lyre in front of the Silapna (a special stone with a twist) to go to sleep.

There will be four stages in this dream battle and the difficulty will gradually increase. First, players will receive an Ordinary Chest, then an Exquisite, Precious and finally a shiny Luxury Chest. To start a fight, players need to talk to Aranara in the following order: