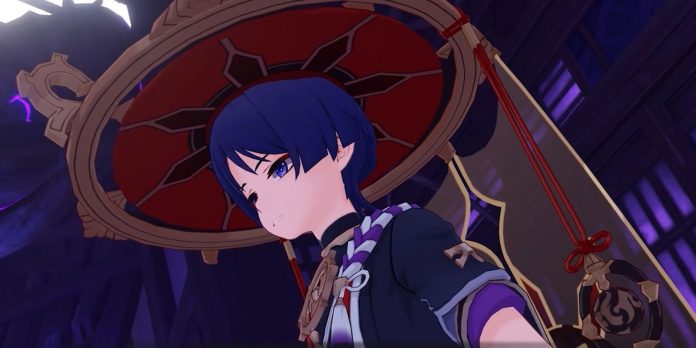 A new set of Genshin Impact leaks has apparently revealed more information about one of the upcoming characters named Scaramouche and their recent design changes. The list of playable characters continues to expand rapidly, as HoYoverse has already confirmed the availability of three new characters for the next update.

While fans seem excited about Cyno, Nilou and Candace, most of the Genshin Impact community will save their Primogems for one particular character that is rumored to appear in upcoming updates. Numerous leaks have revealed that Scaramouche is likely to undergo significant changes before officially joining the playing line-up.

Since he appeared in a couple of quests, Scaramouche quickly became one of the favorite characters in Genshin Impact. At the moment, he is one of the main villains of the game, as he is a member of the infamous group known as the Eleven Harbingers of Fatui. Genshin Impact leader named Jiao revealed more information about Scaramouche’s latest changes. According to the source, Scaramouche covers the left side of his chest with a new Anemo Vision and wears a kimono with an open chest.

The color palette of the Scaramouche redesign by Genshin_Impact_Leaks

As for its colors, it will apparently have a dark blue color scheme, which is different from its current black and red palette. A post on the ScaramoucheMains subreddit shows interesting fan art based on current leaks about Scaramouche. It is worth noting that HoYoverse has not yet confirmed these changes, but fans claim that the overall design may be similar to the one presented on fan art. Numerous responses in the comments section claim that they actually prefer the new design, especially considering that HoYoverse has decided to equip it with the new Anemo Vision.

Someone on Twitter made a fan art based on the description, and it was noticed. He looks so cute! from the ScaramoucheMains network

As for its release date, numerous sources hint that Scaramouche will appear in Genshin Impact version 3.3, which, according to the usual HoYoverse update schedule, should appear around December 7. He was the only Harbinger who wasn’t part of Genshin Impact. A recent teaser called “Winter Night’s Lazzo”, which led many players to believe that he could appear in upcoming quests.

Recent rumors hint that before he joins the game roster, Scaramouche will first appear as a weekly boss, as one of his boss phase models apparently leaked a couple of weeks ago. This wouldn’t come as a surprise considering that two Genshin Impact characters, Raiden Shogun and Childe, have their own boss domains and are part of the game roster.

Why “Big Brother” fans Agree with Janelle in Stopping the shouting