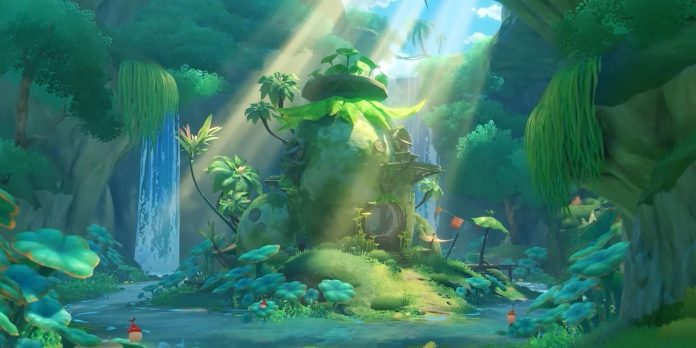 Genshin Impact Version 2.8 is the latest update of the entire Inazuma arch, which means that the Traveler is going to explore a new major region in the coming months. The developer of HoYoverse has already announced that the mysterious land of Twilight will appear in update 3.0.

Genshin Impact always conducts a live broadcast before each new update, revealing most of the upcoming content. One of the most popular insiders of the game, SpendYourPrimos, apparently revealed the release date of the upcoming update 3.0 Livestream.

The leader claims that the new event will probably take place on August 13, however, there is a possibility that it will arrive a day earlier, but this is unlikely, given that the Ghost Festival in China falls on August 12. Fans are understandably excited about this. a live broadcast, as it will finally reveal more information about the upcoming Sumeru region, which, according to previous map leaks, will apparently be larger than Mondstadt and Liue combined. One of the most exciting things about Genshin Impact 3.0 is probably the introduction of a new Dendro element.

Leaks have already shown that it can become one of, if not the strongest element in Genshin Impact, thanks to excellent synergy with almost all other elements in the game. Dendro will bring a lot of new spontaneous reactions that can shake up the current meta of characters. The game’s official social media accounts have already confirmed the availability of three new characters for the new update, two of whom have Dendro Visions. Tignari is a user of luka Dendro and the only new character with five stars in the update, which means that there will be additional banner replays in version 3.0.

Recent leaks have revealed three Genshin Impact characters who will receive their banners in the next update: Zhongli, Ganyu and Kokomi. Tignari and Zhongli will apparently be featured on the first banner, while Ganyu and Kokomi are scheduled for the second part of the update. Most of the community claims that even though Tignari is the first five-star Dendro character in the game, they will probably miss his banner due to recent leaks showing that he will join the standard banner after 3.0 ends.

Another interesting thing about the update is that it will apparently be one week shorter so that the Genshin Impact 3.1 version will be released by the second anniversary of the game. When it comes to the new four-star characters, Collie is expected to arrive with Tignari and Zhongli, while players will have to wait for the second part of the update to get Dory.

Grey’s Anatomy: Ellen Pompeo Says She May No Longer Act After...

The incredible computer graphics of Water On Na’vi are shown in...