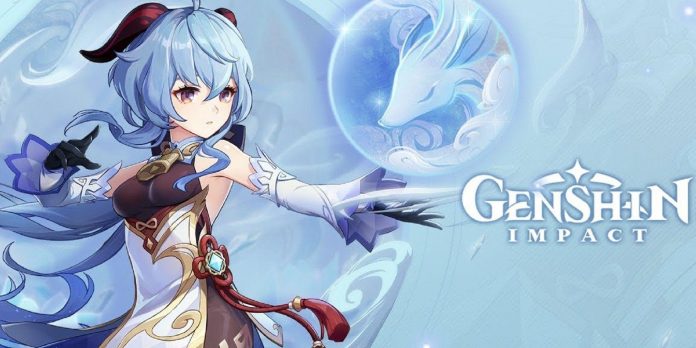 HoYoverse is working with China Merchants Bank to create a Genshin Impact Visa card dedicated to the game cryo-character Gan. Genshin Impact has witnessed many collaborations since its release in 2020, including Pizza Hut, Horizon Zero Dawn and KFC, and Visa is the latest evolution of HoYoverse crossovers.

The existence of the Genshin Impact Visa card in China was confirmed by the Bilibili video and the Weibo publication, but the Reddit community actively supports crossovers and the like. Genshin Impact recently released update 3.0, which changed many aspects of the role-playing game and brought a lot of new content to the game, and HoYoverse continues to look for ways to increase brand awareness. Similar to the Pizza Hut crossover, this Ganyu Visa credit card is only for Genshin Impact fans based in China, but if the HoYoverse momentum persists, something similar could hit the West.

Among the GenshinImpact Visa assets shared by HoYoverse, there is a video that has a lot of aesthetic similarities to a role-playing game, showing how a card is formed from flower petals, as if it were created in the game. Thanks to the contactless and chip options offered on the Visa card, the animated opening of China Merchants Bank Visa is coming closer to show the cryo hero Ganyu standing next to her name and where she is from, shown above the Union Pay logo. Because of her cryo-abilities, the color of the Visa card is a suitably calm blue, and, like on the Genshin Impact banner, there are clouds in the background behind the character next to the diamond shape.

Given the freshness of the collaboration, little is known about the Visa Ganyu card from China Merchants Bank, other than the fact that Genshin Impact fans in the country have another way to express their appreciation for the game. Credit cards are often used as a way to pay for microtransactions in games like Genshin Impact, and while a major powerhouse like Fortnite never had its own Visa, World of Warcraft had a collection of them at the dawn of its existence. It is currently unclear how many of these Visa Ganyu cards will be distributed through China Merchants Bank, but like other Genshin Impact crossovers, they may only be available for a limited time.

Many Genshin Impact players have posted various messages about the Visa Ganyu card, complaining that it is only available in ChinBa, suggesting that it will be successful in other regions. Given that Genshin Impact fans have their favorite characters, others like Itto, Kazuha, Traveler, and Geo user Zhongli have been recommended for potential future releases.

Genshin Impact is now available for mobile devices, PC, PS4 and PSB5. The Switch version is under development.

The 10 best quotes from “Game of Thrones” according to Reddit