Home Entertainment Genshin Impact: How to Unlock the Dream Tree and Use the Dendro... 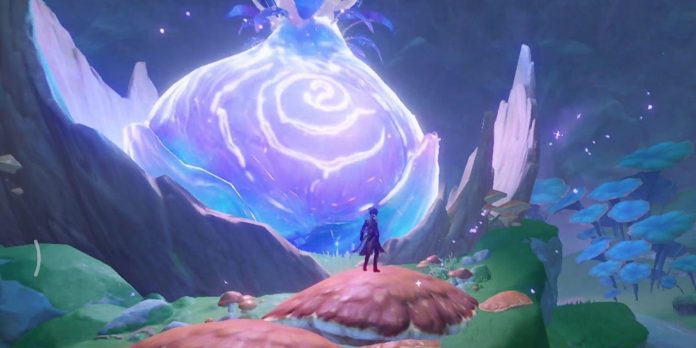 Dendro Sigils in Genshin Impact is an item that can be obtained mainly from some Genshin Impact chests. Unlike the Geo and Anemo Seals, which can be used directly in the gift shop, players must first use the Dendro seals in the Tree of Dreams.

The Tree of Dreams is a location that can be found in Vanaran. Vanarana is the village of Aranara, the forest creatures of Sumeru. The place is hidden until players launch chapter 1 of Genshin Impact Aranyaka, but once it is unlocked, people will see that it is one of the most important places in Land of Dendro.

To unlock the Dream Tree in Genshin Impact, players must first launch the Wood Land Encounter quest line, which is Chapter 1 of Genshin Impact Aranyaka. After Rana, the Guardian of the Forest, falls ill, Arana will direct Travelers to Vanarana. Vanarana is the place where Aranara lives, but only in a dream.

After completing the quest, players will soon be able to unlock the Statue of the Seven Vanarans. Once the map is opened, people will be able to find the Dream Tree to the east of this area.

To get to the Dream Tree in Genshin Impact, go to Araji’s house, then follow the four-leaf seals into a small cave. Walk along the cave until a large area opens up. There you can find the Tree of Dreams.

How to use Dendro Sigils in Genshin Impact

Similar to the Sacred Sakura Tree in Genshin Impact Inazuma, players can use their Dendro seals on the Dream Tree. Just go to the Vanarana, then get closer to the tree. Each level has different requirements and rewards of Dendro Sigils. However, at the moment, each level seems to have three identical rewards:

If players go to Dream Vanarana after playing on Vintage Lyre next to Silapna, they will find that the Tree of Dreams has a completely new look. Travelers will also see several aranars in the area, depending on which quest they completed.

There should be an aranara named Aravinai standing across the Tree of Dreams. People will want to talk to this forest creature if they want to unlock the smithing weapon Sumeru in Genshin Impact.

The flora around the Tree of Dreams will also change, as will the rest of Vanarana. In fact, padisara grows in many places of Vanarana. While in a dream state, players can find viparia, a dream plant that will grow in the dream nursery if players successfully find the location of the Sumeru Nursery in Genshin Impact.

Apart from the materials, a lot of Dendro Crystalfly also flock around the Dream Tree, making it a place worth visiting.