Home Entertainment Genshin Impact: How to find Arashakun in a cave (Courage in the... 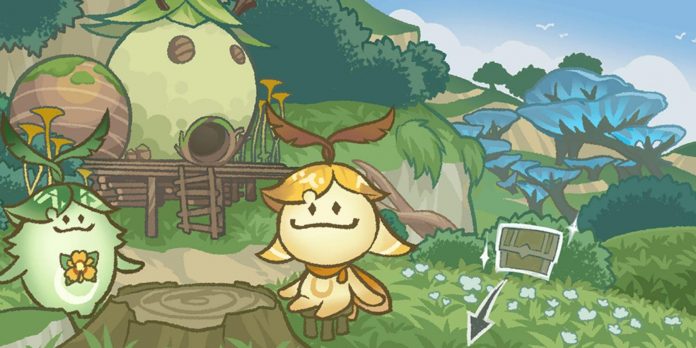 For example, the aranara tend to be very literal, and their perception of time is determined by moons and seeds sprouting into trees. Although this “innocence” sometimes has its advantages, in other cases it leads to problems similar to the one Arashakun is facing. Because of this, Genshin Impact players need to find Arashakun in the cave and save them.

How to find Arashakun in a Cave in Genshin Impact

To find Arashakun in the cave in Genshin Impact, players just need to head east from Arashakun’s house. There are two torches at the entrance to the cave.

Enter the cave and soon Arashakun’s sobs can be heard. The quest navigation will tell players to “defeat the monsters besieging Aranar”, so do exactly that. Defeat the almighty, besieging, one little Hydro Slime to continue the quest Courage Is In The Heart Genshin Impact.

Arashakun will explain that he is crying and scared because they have lost “courage”. The Aranara said that this “masculinity” was given by their human friend. Without him, the forest spirit feels weak and scared. This “courage” is nothing but a Blooming Talisman that Paymon picked up when the players first launched this Genshin Impact quest. Return the item to Arashakun to restore their “courage”. Now they will be pumped up to defeat the “Demon King in the Furry Mask”.

Follow the rest of the quest navigation to get the plot twist of this “Demon King in a Fur Mask”. Completing the “Courage in the Heart” quest in Genshin Impact will reward players:

In addition, players will also receive the achievement As the Lion Searched for Courage… Genshin Impact, which gives five additional Primogems.

Then enter the house and read the little note. In the hint, Travelers will be asked to find Arashakun in a cave to the east after that. This place is also shown in the Genshin Impact Static Views quest. To be precise, this is spot number four in the Mysterious Clipboard. So don’t forget to dig out the treasure chest before continuing the quest.

If the players haven’t unlocked the Mysterious Clipboard yet, they need to go to Vanarana and find the Mysterious Mailbox. Follow in his direction to go to the Genshin Impact location shown in the picture, then return to the mailbox to get more pictures.