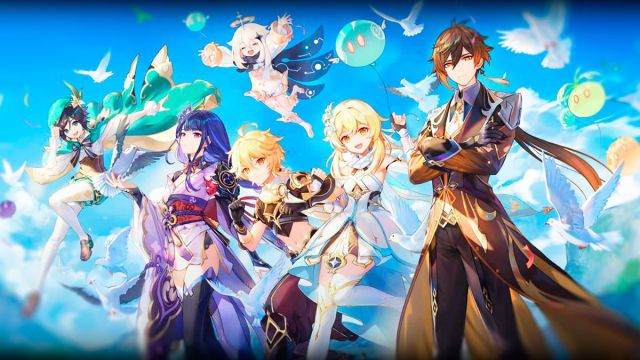 Genshin Impact: miHoyo celebrates the award for Best Mobile Game by giving away up to 1600 Protogems a day for all those players who log in to the game. What is one of the free to play games of the moment, Genshin Impact, was also the protagonist at the last The Game Awards gala, when it won the award for Best Mobile Game. To celebrate this milestone, miHoyo has seen fit to give away hundreds of Protogems to its players, provided they meet some simple requirements, obviously.

A daily gift to celebrate the award

It is a gift of 400 Protogems per day, until next Tuesday the 14th. To be able to get hold of them, all you have to do is log into Genshin Impact every day, receiving after that an internal email with the Protogems in question. It should be noted that they will have to be redeemed before the end of version 2.3, having had to reach Adventure Rank 7 or more in the account in which we want to receive them.

It is a common practice to give Protogems the one from the Chinese studio, although on previous occasions they had not been so numerous. For example, having won the PlayStation Partner Awards 2021 Grand Award, they have already given away another 200, in addition to having achieved second place in the PlayStation Game Music Award.

Thus, Genshin Impact not only won the award for Best Mobile Game, but was also nominated for Best Continuity Game, an award that was finally won by Final Fantasy XIV Online, which has recently received its latest expansion, Endwalker. Genshin Impact, meanwhile, is available for free on a wide variety of platforms, including PlayStation 4, PlayStation 5, Nintendo Switch, PC and mobile phones, both Android and iOS.

The Medium and Observer: going to the physical version