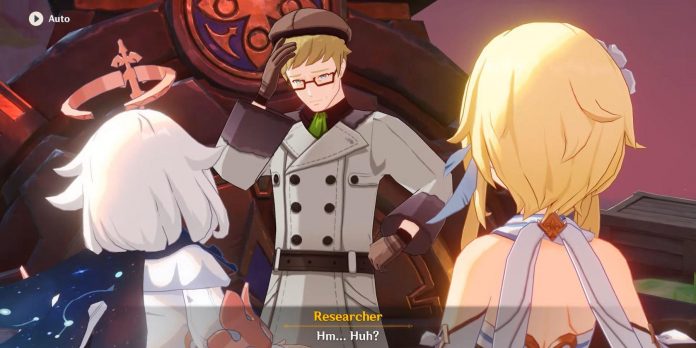 As players complete the quest Like Rhyme and Song, Summer Reverie in Genshin Impact, they will be asked to find the missing crystal cores. Although finding the Cores is not that difficult, since their position is marked on the in-game map, accessing them can be a bit difficult. Indeed, fans will need to solve a number of puzzles to collect the missing crystal cores in Genshin Impact, and this guide will help you with that.

Players trying to get the missing Crystal Cores should start by referring to the Persikov Manuscript, an item that can be obtained at the beginning of the quest “As in Poems and Songs”, the quest “Summer Dreams”. Indeed, this manuscript, which Genshin Impact fans can find in their inventories, contains all the information needed to solve puzzles. However, players may have problems deciphering this information, and this is where this guide can help.

RELATED: Genshin Impact: How to Set Up a Night Raven’s Line of Sight to Solve a Puzzle

Simply put, the red arrows in the Manuscript point to three islands where Crystal Cores can be found, and the red “crosses” in the images next to the arrows mark the positions of the mechanisms that players will find on these islands. islands. Under the “x” fans of the gacha game will see a series of dashes and dots, and these symbols indicate how the mechanisms should rotate. In particular, a dot means a turn to the right, and a dash means a turn to the left.

To give an example, there are two mechanisms on the upper island, and the westernmost mechanism is marked in the Manuscript with “dot, dash, dash”. This means that players have to rotate this mechanism right, left, left before they move to the second disc to the east. As for this second dial, it is “dot, dot, dash”, and therefore ARPG lovers should rotate it right, right, left to solve the puzzle and collect the missing Crystal Core.

Although players should now have all the information they need to get all the crystal cores, some fans may prefer to skip the step of deciphering Persikov’s manuscript. For these players, here are the spins that should be used on each mechanism to release the cores and complete this step of the Genshin Impact quest:

What does the Century name mean on

PlayStation Talents Awards 2021: How, Where