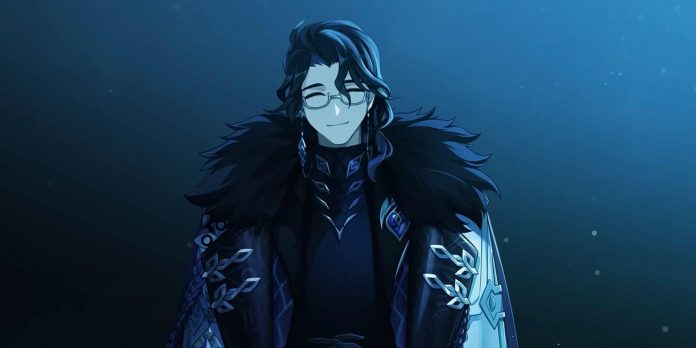 Genshin Impact’s recent teaser “A Winter Night’s Lazzo” has attracted a lot of attention from the gaming community. The video shows how several famous Harbingers of Fatui gathered to pay tribute to Rosaline, better known as La Signora, who was defeated in an epic battle against the powerful Electroarchon Raiden Shogun.

The main reason for the hype around the trailer is that HoYoverse for the first time showed the faces of all the Harbingers of Fatui. A number of fan theories about Harbingers have already begun to appear in the Genshin Impact community.

One particular Harbinger named Pantalone has attracted a lot of attention because of his resemblance to the popular Genshin Impact character named Baizhu. Reddit user RagnvindrHeir shared an interesting post in which he compares the similarities between the two characters. Numerous responses in the comments section claim that this is a HoYoverse based on their appearance, it would be inaccurate to say that the resemblance is accidental.

Several fans claim that they may also be the same person, and the Baizhu character may just be Pantaloon’s performance to gather as much information from the Liyue region as possible. At the moment, Baizhu is just a famous NPC Genshin Impact, known for appearing in a couple of quests. He is also the owner of the popular Bubu Pharmacy located in the northern part of Liyue Harbor.

Another popular theory claims that Baizhu and Pantaloon are brothers who contrast with each other in many ways. Despite the external similarity, they have a completely different color palette. Baizhu has one of the most striking character designs in the game, while Pantaloon, like many other Harbingers, has a gray color scheme. Fans suspect that one of the upcoming Genshin Impact stories will probably reveal more information about the two characters.

The uniqueness of Baizhu lies in the fact that he was the first Dendro character to appear in the game. This led many players to believe that he would become the first owner of Dendro Vision to join the game list, however, it seems that the developer of HoYoverse had other plans. With the addition of the new Sumeru region, numerous leaks have already revealed a number of characters that should appear in the foreseeable future, but none of them mentioned Baizhu’s name.