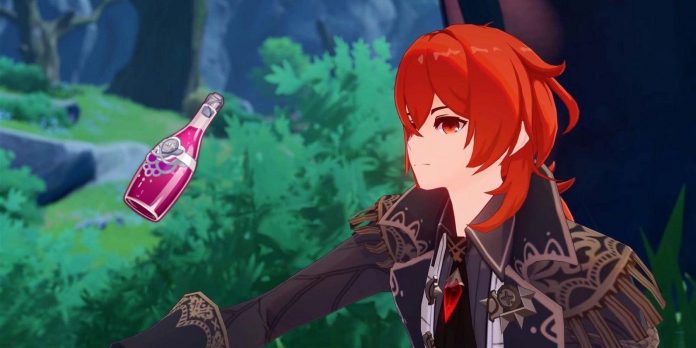 Dawn Winery is located on the outskirts of Mondstadt in the Windheil Highlands, an area bordering the slope of Liue Hill. The Ragnvindr clan has owned the Dawn Winery for several generations, turning the once modest estate into the main winery in the whole of Mondstadt. Dilyuk became the owner of the winery after the death of his father Crepus four years ago. Dilyuk is a mysterious character in Genshin Impact with a strong dislike for wine, despite his stellar reputation among Mondstadt wine enthusiasts. However, Dilyuk still continues to fulfill his duties as a conscientious owner of the Dawn Winery, while players embark on their own adventures in Genshin Impact.

The Genshin Impact community continues to create amazing fan art, merchandise, and gifts based on the characters and locations of the popular open-world role-playing game. Dawn Winery wine is a key commodity in the culture of Mondstadt, and the real bottle serves as an exact copy.

Avatar cut from Disney Plush before re-release in cinema