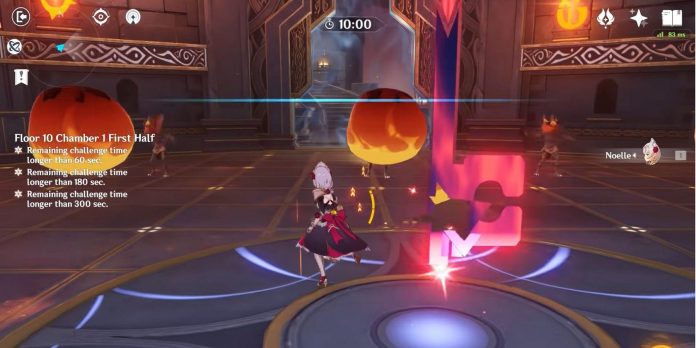 Genshin Impact has conquered the gaming world since its launch in 2020. The adventure role-playing game from HoYoverse involves players from different parts of the world who spend countless hours playing. Most people praise Genshin Impact’s stunning graphics, while others applaud the developers for regularly adding new content. HoYoverse is usually very punctual when it comes to the schedule, but recently it has made big changes to the Genshin Impact update schedule.

In addition to regular updates, many fans adore the huge and interactive open world of Genshin Impact. In this world, players can encounter various types of creatures and monsters, as well as several consumables, such as food recipes. Genshin Impact boasts more than a hundred food recipes scattered throughout the game world, and Noel’s pancakes are one of the most famous dishes in the popular name HoYoverse.

In fact, these pancakes are so popular that a Reddit user recreated an identical version of them in real life. A Reddit user, known under the pseudonym Aisu-Y, uploaded an image to the social media platform showing their culinary creation. The picture shows a bunch of pancakes stacked on top of each other, almost like in the original food from Genshin Impact. The post quickly attracted the attention of the huge Genshin Impact community on Reddit, who expressed their appreciation with hundreds of votes and a few encouraging comments.

(My) pancakes Noel 🥞❤️ from Genshin_Impact

Most users welcomed Aisu-Y’s attempts to reproduce Noel’s pancakes in real life, while others pointed out some differences between them. For example, a user named S3KT commented that Noel’s original pancakes from Genshin Impact had chocolate syrup. Meanwhile, another user named AzureRaven2 spoke about a red rose that is usually present on the side of the plate, but was not seen on Aisu-Y pancakes. The original poster later explained that at the time they were baking these pancakes, they had no supplies; therefore, they could not add chocolate syrup and the aforementioned rose. Aisu-Y also mentioned that they will soon recreate an improved version of the same pancakes.

These pancakes are officially called lighter-than-air pancakes in the game and are a fashionable consumable. Players can use these pancakes to revive and restore 15% of the maximum HP and an additional 550 HP to the target fallen character with a 120-second recovery time. Genshin Impact fans should bake pancakes together with Noelle for a tea party to get a recipe for these pancakes lighter than air. Making these pancakes is one of Noel’s many specialties from Genshin Impact.

Genshin Impact is now available for mobile devices, PC, PS4 and PS5. A version for the Nintendo Switch is in development.

Yu-Gi-Oh! Links to Duels are still important after Master Duel and...