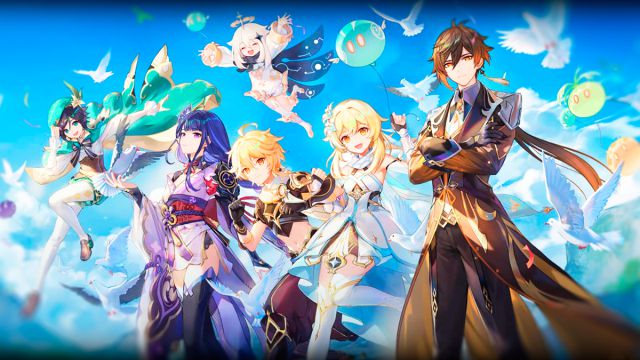 Genshin Impact: The successful title of miHoYo, Genshin Impact, celebrates its first year and here we review its trajectory in these twelve months and its promising future. A whole year has passed since we took our first steps through the magical world of Teyvat. In these twelve months, the Chinese developer miHoYo has managed to hit the right key and they have not stopped launching constant updates, temporary events and even a large expansion to add the Inazuma region, new story missions, characters and much more. Genshin Impact has evolved to a great extent in this time and there is no sign that it intends to stop. There are still many adventures to live and all of this is what we want to review in this report. Past, present and future to discover the state of the game, its evolution and possibilities. A promising horizon looms.

From miHoYo they have never been very transparent in terms of player numbers, so the data we have are estimates based on the number of downloads the game has had on the platforms on which it is available: PC, PS4, PS5, iOS and Android. Even so, what these numbers reflect is key to understanding the evolution of the game and the great growth in its player base. It started in September 2020, with its launch, having an average player base of 16.5 million, with a peak of just over 3 million per day.

This figure has only grown, reaching more than 50 million players a month a year later and peaks of more than 8 million. If we look at the table shared by media such as Active Player we can see how the highest peak of daily players occurred in the month of July, which just coincides with the launch of version 2.0 and the Inazuma region, something that attracted a large user base.

Genshin Impact is a free game and all the updates and expansions that are added to continue telling the main story (not yet completed) have no cost. Even so, the trick is that it is a game that is based on the mechanics of gachapon. In reference to the toy capsule machines that emerged in Japan, this concept refers to all those games that allow us to acquire a certain type of gems or coins to be able to make spins in order to get a prize with a somewhat random result. In terms of numbers, to better understand it with a clear example, we have only 0.6% of getting a 5-star reward, but it is guaranteed that every 100 spins we will get at least one. In fact, if we do not get the main character of the banner in question but do get another or a weapon of maximum value, it is 100% guaranteed to get the main character of the next banner in a roll with a five-star result. As for those with 4 stars, if we make a print run of 10 we would also have to get at least one.