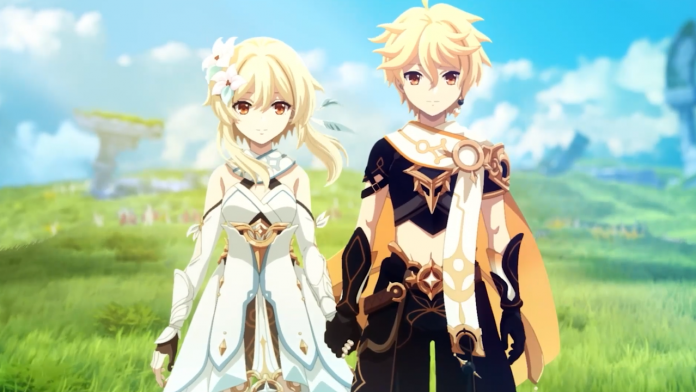 Genshin Impact is officially becoming an anime, as developer HoYoverse has announced a new collaboration with animation studio Ufotable.

Announced during the game’s Version 3.1 special program, the three-minute concept trailer (which was later posted on Genshin Impact’s official Twitter account below) showcased the artistic style and feel of what the anime will eventually be.

Given that this is just a concept trailer, it will likely take some time before the final episodes are released, and HoYoverse called it a “long-term project.”

Let’s step into this huge magical world of adventures together!
A long-term cooperation project between Genshin Impact and ufotable has been launched.

However, the video gives us a brief teaser. “Let’s plunge into this huge magical world of adventures together,” the description says. “A long-term cooperation project between Genshin Impact and ufotable has begun.”

For those who don’t know, Genshin Impact is one of the biggest games released in 2020. Inspired from the very beginning by anime, this role-playing game invites players to travel through the open world in search of the Archons of the Seven elements.

Since its initial launch, it has also received a ton of updates, adding new characters, quests, items and more, and has even seen crossovers with other franchises, including Horizon: Zero Dawn. As is the case with each stream of the new version, three new codes were also released for the Genshin Impact premium currency and other rewards.

To learn more about Genshin Impact, be sure to check out the IGN Genshin Impact guide to learn about the latest Archon Quest walkthroughs, Lost Riches event guide, character builds, and more.

New details from The Last of Us series have been announced!