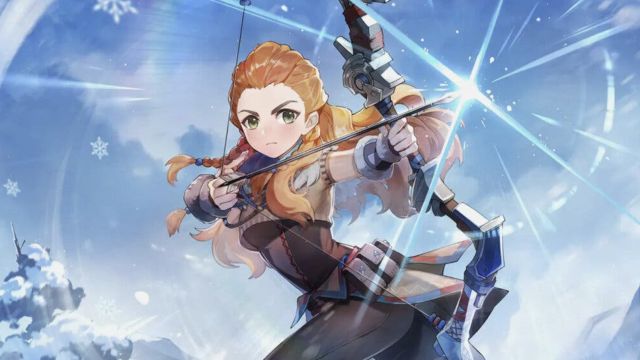 Shadows of snow and dust at Genshin Impact

The five-star characters, such as Albedo, Eula and the weapons of the same value Oath of Freedom and Ode of the Pines, will be available until next December 14 at 17:59 CET. In the case of the pair of weapons, another of value four will be added. We talked about Wine and Poetry (catalyst), Lion’s Roar (light sword), Great Sword of Sacrifice (greatsword) and Dragon’s Bane (spear). All of them will increase your chances of appearance. You will be able to use divine path to mark the way to the unlocking of the level five weapons.

Between November 25 and December 13 you can participate in the main event. “During the ‘Shadows of Snow and Dust’ event, you can participate in ‘Born of the Snow’ and complete various challenges in Dragon Spin to obtain the Cinnabar Spindle weapon, and collect ‘Snowstreamer Badge’ and ‘Secret Badge’ to exchange them in the Shop of the event for materials ”, reveals miHoYo on its official website.

A few days later, from December 7 to December 20, Sango File will be held: the warrior dog, a chain of missions where you can obtain protogems, hero’s ingenuity, weapon ascent material and Mora coins. To join you must be at least Adventure Rank 30 and have completed the Archon quest ‘The immutable goddess and the eternal utopia’.

Players will also have the long-awaited Battle Pass at their fingertips. From the release of version 2.3 until January 3, 2022, you will be able to scale in both the Gnostic Battle Pass and the Hymn of the Pearl Battle Pass. For this you will have to have reached Adventure Rank 20.

How Jennifer Lopez’s Relationship With Jennifer Garner Has Supposedly Developed Since...