Home Entertainment Genshin Impact: All About Version 2.5 “When the Cherry Blossoms” 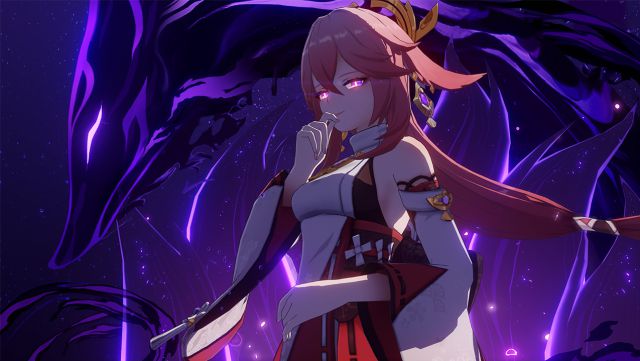 Genshin Impact: We tell you all the news that the new version 2.5 of Genshin Impact brings, available from February 16 and with Yae Miko as the protagonist. The long-awaited new version 2.5 “When the cherry blossoms are in bloom” is finally available, which arrives in the game this Wednesday, February 16 to welcome Yae Miko and bring new missions, events, mini-games and more. Below we tell you everything it contains, in addition to reminding you of the free reward codes available during this month of February. Speaking of protogems, just by updating the game to this new patch we can get up to 600 for free as compensation for the temporary closure of servers.

To begin with, the highlight of this new version is the arrival of Yae Miko in the game. The High Priestess of the Narukami Grand Shrine and editor-in-chief of Editorial Yae lands with the following characteristics of her own that make her stand out:

Vision: Electro
Weapon: Catalyst
Elemental Ability: Causes him to move quickly past a kitsune cherry tree that intermittently rains lightning down on nearby enemies, dealing Electro Damage. If there are other Kitsune Cherry Trees nearby, they will level up, increasing the damage they deal. Only 3 kitsune cherry trees can exist at the same time and their initial maximum level is level 3.
Ultimate Ability: Supreme Secret Technique: Heavenly Kitsune Incarnation” rains down lightning that deals Electro Damage in the AoE. When used, all nearby kitsune cherry trees are destroyed to transform into lightning bolts of Heavenly Kitsune that deal Electro Damage in the AoE. Lightning from Heavenly Kitsune will fall for each Kitsune Cherry Tree destroyed in this way.

Square Enix Will Celebrate The 30th Anniversary of The Mana Saga...