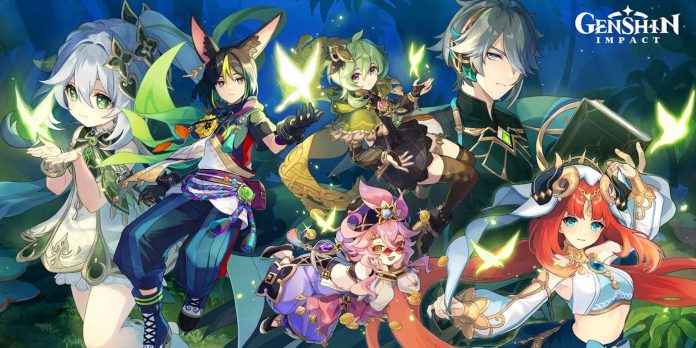 Released on Android, PC, iOS and PlayStation, Genshin Impact combines console-quality graphics and gameplay with the sensitivity of mobile games such as random gacha samples that players use to unlock new items and characters. This combination seems to have succeeded: the game brought in a record $3 billion in its first year of release.

Given the popularity of the game, thousands of fans around the world tuned in on September 13 to a “Special Program” dedicated to the Genshin Impact 3.1 update. Approximately 39 minutes after the broadcast began, the developers presented the collectible card game Genius Invocation, which will appear in Genshin Impact during the planned update 3.3. Designed as an “easy and casual” PvE mode, Players can earn rewards by challenging NPCs in 1-on-1 card battles. Players can also challenge their friends, but the developers have indicated that the Genius Invocation CCI will not offer any PvP rewards. However, they added that players will be able to unlock all the cards in normal gameplay.

Genius Invocation is an integral part of the game’s history. Invented by researchers from Sumeru Akademiya, it is a popular card game in the world of Teiwat Genshin Impact. The game has especially many fans in the countries of Inazuma and Sumeru, where several characters are depicted as fans of the game. But unfortunately there was little information on how to play the game.

Today’s video didn’t help much in this area either, showing only a few seconds of gameplay. However, Genshin Impact leader UBatcha described the card game in a series of tweets. According to an insider, players start by taking five cards, and then choose one of them as an active character. Then both players must roll 8 Elemental dice, which determine the actions they can take during the round. As soon as both players have finished their turn, each of them takes two cards. Each card also seems to have life points, as evidenced by the clip shown during the reveal on Friday. Finally, the players win by defeating all the opponent’s cards.

During the stream, the developers explained that the collectible card game Genius Invocation is still being tested and optimized. Therefore, it is difficult to say how much the version described in the leaks will match the finished game. At the moment, fans just need to wait for the Genshin Impact 3.3 update.

Genshin Impact is now available on Android, iOS, PC, PS4 and PS5, a version for Switch is in development.

The career mode in FIFA 23 is a breath of fresh...

10 Things That Happen in Every Jurassic Park Movie