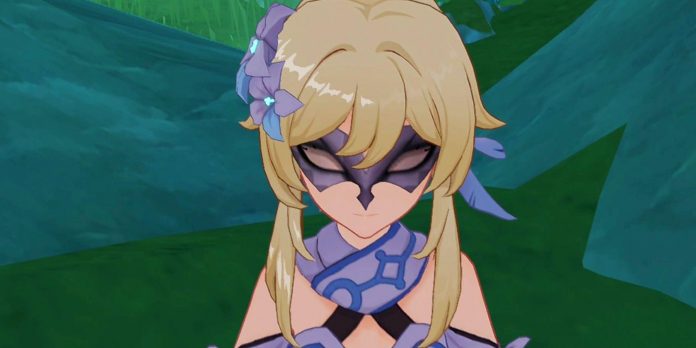 While most Genshin Impact quests have a marker to follow, the Stupid Fatuus quest requires more dedication as it is difficult to complete. But once the players understand his formula, they will quickly get used to it. When the requirement is met, return to one of the locations to activate the “Stupid Fatuus” quest in Genshin Impact.

How to launch the quest “Stupid fatuus” in Genshin Impact

To launch the “Stupid Fatuus” quest in Genshin Impact, players must visit one of the eight hermit camps after deactivating all eight energy extraction devices. Hermit camps are located around the border of Sumeru version 3.0, and people can see it on their map in the form of a small blue circle with sand around it.

After all eight energy extraction devices are deactivated, head to the hermit camp southwest of the Yasna Monument in Genshin Impact. There, travelers will see a Fatua arsonist named Oleg together with a hermit named Kasim.

Despite attempts to hide, the two will notice the main character, and the players will engage in battle with Oleg. Defeat Agent Fatui and from now on just follow the quest navigation.

How to deactivate an energy extraction device

To deactivate the energy extraction device in Genshin Impact, players must first approach the mechanism. This will trigger a task in which Travelers need to find several keys. Some hermit camps require two keys, while others require three.

These keys are always located inside the building with the door(s). If all the doors are closed, then there must be other entrances, for example, through a hole in the wall or down a patched roof. The key is gold and floating, so it should be easy to detect.

After entering the hermit camp rooms, players will often be ambushed, so make sure you have the right team.

Once all the keys are collected, return to the device and press the deactivation button. This will start a timer when travelers have to stand next to the mechanism. Three waves of hermits will come to disrupt this process, which will make it even more important to have the right team. If players fail to deactivate the energy extraction within the specified time, the test will fail.

An exquisite Genshin Impact chest will appear after completing each puzzle, so in total travelers will earn:

Meanwhile, from the Foolish Fatuus quest in Genshin Impact, players will receive:

In addition, people will also receive a Genshin Impact achievement called “Open Sesame!”, which gives an additional 5 primogems. Thus, you will receive 95 Primogems for completing the entire task.