Home Entertainment Genshin Impact 3.0 Beta Test: How and where to register 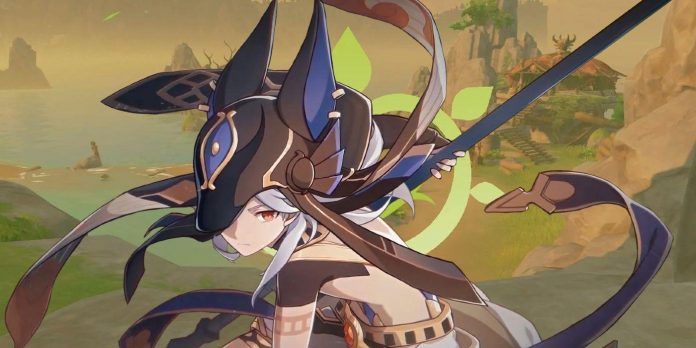 The Genshin Impact 2.7 version was released quite recently, but the HoYoverse developer is already eyeing the next update and is opening beta registration for version 3.0. Those who are familiar with the process know that the number of places for these tests is always extremely limited, but as for understanding the future of Genshin Impact, the beta version of version 3.0 is one of the best options, and how and where to register is important information.

Genshin Impact content usually appears about once every six weeks. However, this pattern has recently been broken due to the delay of version 2.7, as a smaller update appeared much later than planned, and as a result, players were compensated. However, there is currently no indication that there will be the same delay in version 2.8, and this also bodes well for version 3.0. Version 2.8 should introduce new skins for Diluka and Fishla, the return of the Golden Apple Archipelago, and, according to rumors, a Kazuha re-launch banner will finally appear, allowing those who missed the character for the first time to add one of the best support characters. for the whole game in your squad.

Many fans want to know how and where to register to participate in the beta testing of Genshin Impact version 3.0, as this is one of the best ways to check characters, areas and other content in advance. The beta tests of the HoYoverse game are also often the source of most of the leaks that occur, so even those who don’t get in will want to keep a close eye on any potential news about the content. 3.0 is considered an update that will introduce Sumeru as a game region and Dendro as an elemental for game characters, so this is an even bigger beta version of Genshin Impact than most others.

How to register to participate in the beta testing of Genshin Impact version 3.0

In fact, it is quite simple to register for the beta testing of the game. Travelers can register by joining the official Genshin Impact Discord server, filling out the Google Docs form for information and, if desired, filling out an NDA (Non-disclosure Agreement) to help HoYoverse prevent leaks. Registration requires Discord ID, username, Genshin Impact UID, official HoYoverse account and other information such as adventure rating, as well as personal information such as location and age. Once this is done, players can simply submit the form and then wait for a response about whether they have received access to the beta version 3.0.

Unfortunately, the popularity of Genshin Impact is working against the fans regarding the selection process for beta testing. The fact is that many players will try to join the test, and in fact a very small number of people are selected. Registration for beta testing of version 3.0 closes on June 13. Those who can’t join can take comfort in the fact that it’s common knowledge that leaks pretty well always show up in a particular beta, so the information is more likely to come sooner than later. the biggest Genshin Impact updates in the history of the game.

PlayStation Will Allocate More Than 1,000 Million To Keep Bungie Employees