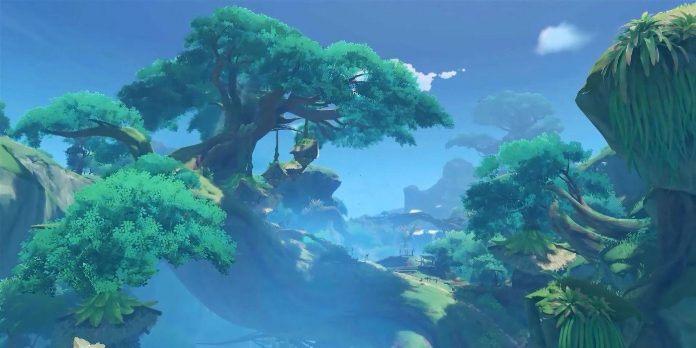 The release of Genshin Impact 3.0 is just around the corner, and there have been several leaks and a lot of rumors about what will be featured on the new banners. Some official material has been released, so players know that it will finally feature Sumeru, a brand new region to explore that was mentioned earlier in the Genshin Impact narrative.

The release date of Genshin Impact 3.0 is still unknown. However, there is an assumption that it will be released around the end of August. Currently, the banner featuring Joimiya as a five-star character expires around this time, so this rumor seems plausible. This means that version 3.0 may appear in less than a month.

Leaks and rumors about version 3.0 of Genshin Impact

At this stage, it’s important to remember that the leaks that players have received so far may not be entirely reliable. Genshin Impact has been very successful, so a lot of fake leaks are circulating on social media to capitalize on the impressions that these messages produce, regardless of their authenticity. However, the leaks discussed here have been spread by some more trustworthy sources with a history of generally doing the right thing (except perhaps details of the exact release dates or what precedes what when it comes to multiple banners).

There are rumors that there will be three banner cycles, not two, as usual. This would make sense since new characters are released when new Sumeru content is released. It is believed that in the first cycle of banners, it will feature a five-star Tignari and a four-star Collie, who are the new characters of Genshin Impact. After the completion of this banner cycle, there will be several repeats of previously released characters. It is assumed that these are Zhongli and Ganyu as five-star characters, so players have the opportunity to get these characters for the first time or fill in their constellations. Zhongli and Ganyu are both important role players in some popular team lineups, so this is a worthy banner to help with the release of new Dendro releases.

Save Up to 37% on the Latest Samsung Devices on this...

Masters of the Universe: Revelation Wins 1st Trailer; Check Out