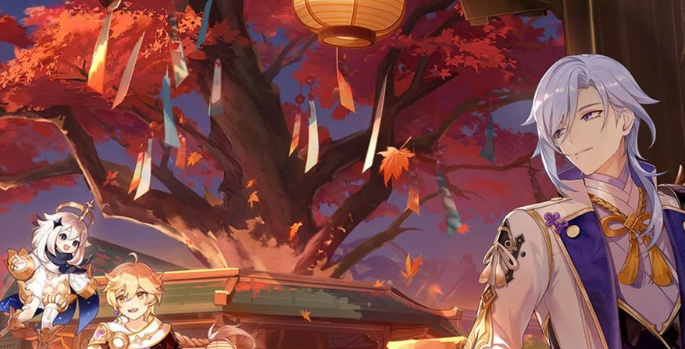 Genshin Impact version 2.6 update contains a lot of new release dates for the first phase events that players should keep an eye on.

With the release of the Genshin Impact update version 2.6, a completely new region of The Chasm is added, as well as a lot of new content for old and new players to immerse themselves in. Kamisato Ayato was released on the first day of the update with a wave of new banners, events, quests and more. Trying to keep track of the schedule of all the different releases can be daunting, but thankfully HoYoverse has mapped out a full schedule of event release dates.

The 2.6 update for Genshin Impact was released on March 30 and includes the long-awaited five-star character Kamisato Ayato and the long-awaited introduction of The Chasm region. Despite the fact that it has only been released now, rumors and leaks about the “Abyss” and the story associated with it have been circulating online for almost a whole year. The name of the region has been appearing on game maps for quite some time, and is also mentioned in NPC dialogues.

Along with The Chasm, you will find many in-game events and tasks, including two new permanent tasks. The constantly available quests that have been released are the Kamisato Ayato story quest and the new Archon Quest release. Banners of the characters Kamisato Ayato and Wenty from Genshin Impact also became available on the first day of the update, as well as a banner with a weapon that depicts a five-star weapon for both characters. Shortly after the release of the update, the “Outside the Canvas, Inside the Lens” event appeared, which is a simple event that allows players to take photos in certain places to earn primogems and other rewards. The “Shades of Purple Garden” event is the main highlight of this update, it has not been released yet, but it will remain for a longer period.

All release dates of 2.6 events for Genshin Impact

There are quite a few new event releases in the 2.6 update that are worth paying attention to. The chronology of all Genshin Impact 2.6 events in order of release date, including two new permanently available quests, is as follows:

-Archon’s quest “Requiem for the Echo of the Depths” — March 30.

Although no official timeline has been announced for the second phase of the 2.6 update, it is expected that Kamisato Ayaki’s re-banner will be released shortly after the completion of the current character banners. Given past updates, this should happen about three weeks after the release of version 2.6.

This new update is a breath of fresh air for many players who have long since reached the lackluster endgame content of Genshin Impact. Instead, players can have fun exploring the new Abyss region and all it has to offer, in addition to many current events. As more characters will be released in the next update, such as the recently announced Yelan and Cookie Shinobu, players have something to expect in the future of Genshin Impact.