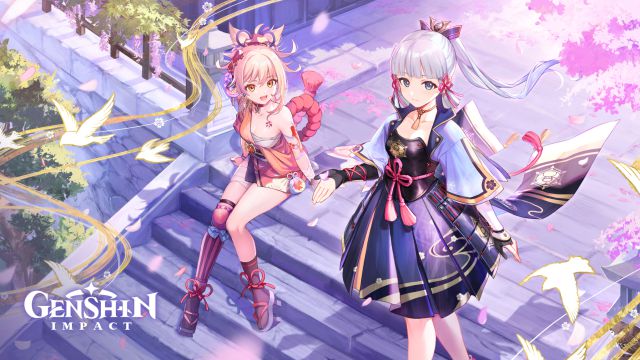 Genshin Impact version 2.0: We tell you everything we know about the long-awaited version 2.0 of Genshin Impact, The Unchanging Goddess and the Eternal Utopia, that Inazuma brings and more to the game. Finally, after a long wait, the time has come. We will be able to visit the third great city of Genshin Impact, Inazuma, starting next July 21 thanks to version 2.0 presented in detail by miHoYo. Here we collect everything we know so far to explore the news that will land in the title: new characters, missions of the main story, areas to explore, enemies, game modes and much more. In addition, along with the update will also come the long-awaited synchronized storage function between all the platforms on which the game is available.

The city of Inazuma and the Electro Archon

The Inazuma region, which we can see in the trailer that heads this piece, is located on the other side of the sea. There “totally different cultures, creatures and mysteries arose under the rule of Archon Electro”, whom we can also glimpse in the video published by miHoYo. It is the third of seven regions in total, so Teyvat still has a lot to show us in his vast and magical world.

Unlike Mondstadt and Liyue, Inazuma is completely surrounded by the ocean, something we already have practice with thanks to the recent summer update, in which we have been able to visit an archipelago full of challenges and surprises. Inazuma is made up of six large island areas, often accompanied by a strong sea breeze and storms. It is a region strongly influenced by the Electro element, since its corresponding Archon is that of lightning. Said Archon Electro will be inclined towards the search for eternity, a mission that will end up crossing our path.