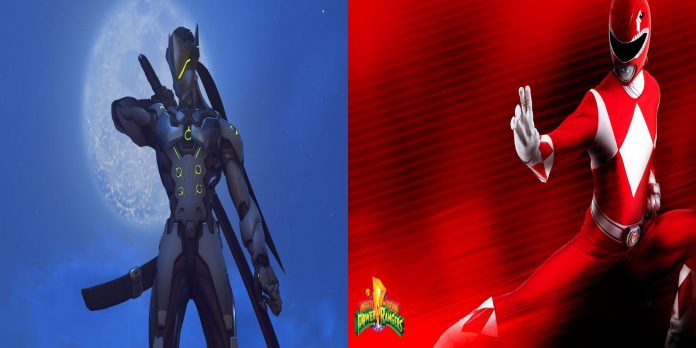 Overwatch has just launched its third and final Anniversary Remix event, where iconic legendary and epic skins from different years receive remixes of color options. The Anniversary Remix events have replaced the usual seasonal Overwatch events, in this case the Summer Games. Most of the skins have refreshed an alternative look of skins that have become fan favorites over the years. In what is considered to be the last Overwatch event before the launch of Overwatch 2, the design team created a skin that received high praise.

Overwatch skins don’t hesitate to refer to pop culture. For example, the D. Va Cruiser skin is a reference to classic cars and milkshake shops of the 1960s. The Funky Baptiste skin and the comic book Tracer skin have also received a new color scheme in this Overwatch Anniversary Remix Volume 3 event, and they all draw inspiration from another time and place, to name just a few. One skin, which was very popular due to the subtle reference to the cult media for the first time, now fully reflects its inspiration, and Overwatch fans love it.

Genji’s new skin “Genjiman” has dropped all subtlety and completely turned into a tribute to the Red Mighty Ranger in the Sentai skin version for this event. The original Genji Sentai skin was first released in 2017 as part of the celebration of the first anniversary of Overwatch and bore a resemblance to the Green Ranger. Super Sentai is the original Japanese property on which the Power Rangers were founded. The skin’s design is unlike any era of the Power Rangers, instead it looks like well-assembled elements from the entire franchise and can easily fit into the Power Rangers multiverse.

Overwatch fans who have accumulated coins can buy this skin for 3000 coins. If they don’t, they will have to keep pumping levels to earn Overwatch loot boxes, and hope that in this way a skin will fall out for them. As for Overwatch skins, it can be a great skin design for all time, and it has become a target item for fans who are trying to get loot boxes.

The community’s reaction to the Anniversary Remix events has been tepid at best, with some not particularly thrilled that repainted past skins are being advertised as “new” as the development team continues to work on Overwatch 2. Despite mixed feelings, there has been at least one highly rated skin in every volume of Anniversary Remix fans. Even though they are considered “just repainted”, the color concept and the work put into these skins is wonderful and is a fitting send-off for Overwatch.

Overwatch 2 is released in early access on October 4 for PC, PS4, PS5, Switch, Xbox One and Xbox Series X|S.

Netflix Is Buying A Military Base! Here’s Why