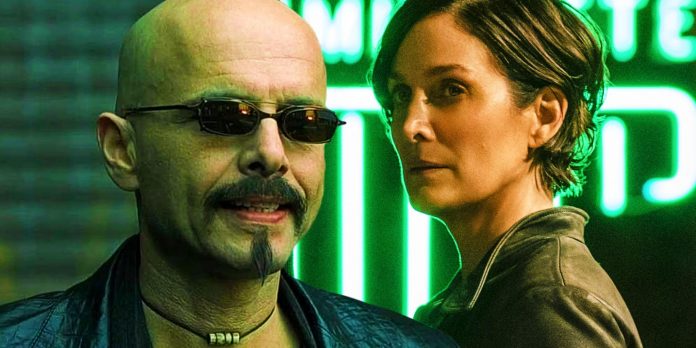 The revelation of the Resurrection Matrix that Trinity and Neo are the Chosen Ones surprised many, but one fan theory suggests that such a concept was already present in The Matrix. More than two decades after the release of the first film “The Matrix”, theories and assumptions about the surrounding Neo world have never ceased to exist. Thus, it was difficult for Matrix Resurrections to bring something new to the story while meeting the expectations of the audience, but despite the harsh reviews, the film managed to at least add an unexpected twist.

At the end of the Matrix sequels, also controversial, Neo sacrifices himself to defeat Agent Smith and ensure that humans and machines can live in a truce. After countless cycles, when the One was used no more than as a tool in the plans of the Architect through the Oracle, the finale of Matrix Revolutions finally saw the fulfillment of the prophecy. However, Matrix Resurrections has shown that the fight is still ahead. There could not have been a Matrix 4 if a new conflict had not been created, and therefore a new villain had to be developed to resurrect the Matrix.

The 2021 film shows that not all the machines were on board with the truce, especially because there was no longer enough power generated from the Matrix for the machines. The civil war of the machines began, and the winning side, a faction led by an Analyst from Matrix Resurrections, was able to find and resurrect the bodies of Neo and Trinity. The analyst realized that, placed together in the Matrix under certain circumstances, Neo and Trinity produced more power than any other person. Moreover, when they were together inside the Matrix and were aware of their feelings for each other, not only Neo, but also Trinity had abilities — a significant difference from the original film. Curiously, a few months before the premiere of Matrix Resurrections, fan theory (via Reddit) found evidence of a stronger connection between the Trinity and the prophecy of the Chosen One, suggesting that Trinity literally had the right to decide who the Chosen One would be. This is a little different from what the Oracle told Trinity—that she had to fall in love with the Chosen One.

The Matrix suggests that Cypher considered himself the only one

The first part of this theory notes how bitter and resentful Cypher was towards Neo and Trinity in The Matrix. Of course, Cypher later turned out to be the least trustworthy person aboard Morpheus’ ship, but the character seemed to be particularly bothered by Trinity, and then Neo. It is possible that before Neo was found, Morpheus suspected that Cypher might have been the Chosen One, and that the character was now outraged that this was not the case. Morpheus has been chasing the Chosen One for most of his life, so it makes sense that many of the people recruited for Nebuchadnezzar could be potential candidates.

What’s interesting about the idea of Cypher as the “failed” Chosen One is the way he treats Trinity, as if he’s accusing her of not being the Chosen One. For example, Cypher says, “I don’t remember you ever doing this for me,” after seeing Trinity serving Neo food aboard the Nebuchadnezzar. Such a phrase suggests that Cypher not only knew that Trinity’s choice would determine who the Chosen One would be, but also that Morpheus once believed that Cypher could be that person.

Theory: The prophecy of the One has always concerned the Trinity

The Oracle says that Trinity will fall in love with the Chosen One. However, given the events of Matrix Resurrections, it is quite possible that in fact it was the opposite — the one Trinity fell in love with then became the Chosen One. Trinity and Neo’s powers in “Matrix Resurrection” only worked fully when they were together, and in “The Matrix” it was only after Trinity told Neo she loved him that Keanu Reeves’ character finally reached his full strength. The initial statement of the Oracle of the Matrix to Trinity indirectly detracts from the importance of the latter, limiting its role in the story of “falling in love with the Chosen One”. Another interpretation, on the other hand, recognizes that the Trinity has always been an important part of the prophecy of the Chosen One, and this makes the story of Matrix Resurrections better. Trinity does not show abilities in the original Matrix trilogy, but her love for Neo and thus giving him the powers of the Chosen One can be interpreted as a manifestation of her own powers.

Trinity is the one in Matrix Resurrections?

In Matrix Resurrections, both Neo and Trinity are Favorites. Not only are they the main source of energy for the machines controlled by the Analyst program, generating much more energy than any other people inside the Matrix, but they both exhibit powers in simulation. However, the “magic” of the One occurs only when Neo and Trinity are not only together, but also realize their feelings towards each other, which happens only at the end of the Resurrection of the Matrix.

The Good Doctor Season 5: ABC confirmed that this character returns...