Home Entertainment “GENIUS COMPOSER JUNGKOOK” is trending around the world in connection with the... 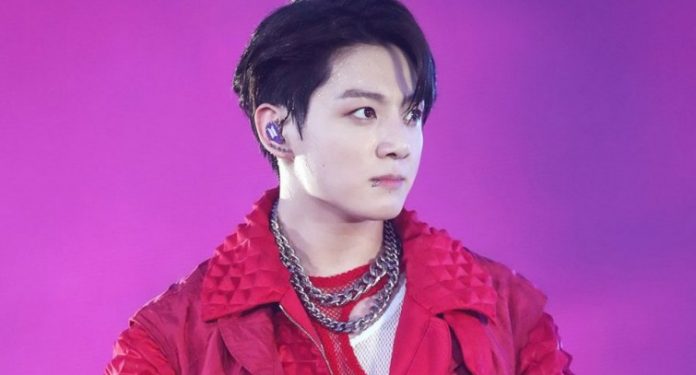 BTS Film Out, co-authored by Jungkook, celebrated the anniversary of its release. The song became Jeongguk’s second OST composition for a Japanese film, which broke many world records and became one of the most critically acclaimed and beloved Japanese OST.

Jeongguk’s beautiful composition, touching lyrics and beautiful vocals made Film Out an unforgettable song for everyone. Heavenly vocals, improvisation and harmonization of Jungkook added to the success of the song.

BTS’ “Film out” is one of the works which Jungkook joined in the making. He is one of the 2 songwriters of the song which has acquired platinum certification in Japan (100M streams). Today we celebrate the song’s one year anniversary#1YearWithFilmOut
GENIUS COMPOSER JUNGKOOK pic.twitter.com/HJKhrqTtO2

happy 1 year since the release of 'Film Out'. thank you jungkook for composing this record breaking masterpiece ♡#1YearWithFilmOut
GENIUS COMPOSER JUNGKOOK pic.twitter.com/N67LvAo2GQ

As fans celebrated their first anniversary, GENIUS COMPOSER JUNGKOOK has taken on global trends and is currently ranked 15th in the world.

Here are some of the achievements and records of BTS Film Out, co-authored by Jungkook.

'Your Eyes Tell' also composed by Jungkook keeps his record as the Japanese song with Most iTunes #1’s in the first 24 hours with 92 #1’s ✨ pic.twitter.com/FvWPecdMgQ

Spider-Man 3: Supposed Photos Reinforce The Presence Of Maguire And Garfield