Home Entertainment Genie From GOT7 Is Going to Avenge The Death of His Twin... 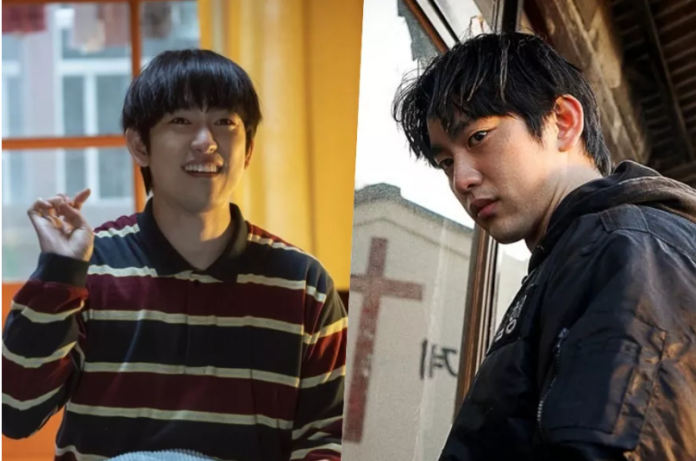 The upcoming film “Christmas Carol” gave the audience the opportunity to look into its exciting story!

“Christmas Story” is an action thriller that tells the story of the twins Wol Woo and Il Woo, who will be played by the Jinyoung from GOT7. After the death of Wol Woo, Il Woo voluntarily enters the juvenile detention center to take revenge. There he gets into a violent confrontation with a gang of minors.

In the newly released footage, Jinyoung’s duality shines through in his roles of Wol Woo and Il Woo, and he undergoes radical changes in terms of appearance and attitude as the film progresses through dark and confusing twists. There is Wol Woo, who seems carefree and innocent, but in fact hides a secret that he can’t tell anyone. Then there’s Il Woo, who has to get used to violence to protect his grandmother and brother.

Kim Young-min plays Il-woo’s advisor Cho Soon Woo, who does everything possible to help Il-woo, and Kim Dong-hwi plays Son-hwan, who becomes a member of a gang of minors, hiding the secret of Wol-woo. Song Gong-hee plays Moon Ja-hoon, a gang member who is ready to use any means to get rid of Il Finally, Heo Dong-won plays Han Heeg-san, a correctional facility teacher who uses violence to instill fear in the inmates of a juvenile detention center.

All these characters come together to create a storyline that will make viewers grab the edges of their seats in anticipation, both excited and scared, to see how events will unfold in a gloomy juvenile detention center.

“Christmas Carol” will be released on big screens in December.

Why “Fear Street” made the remake of “Friday the 13th” harder