Home Entertainment Genie + at Disneyland is now much more profitable than at Disney... 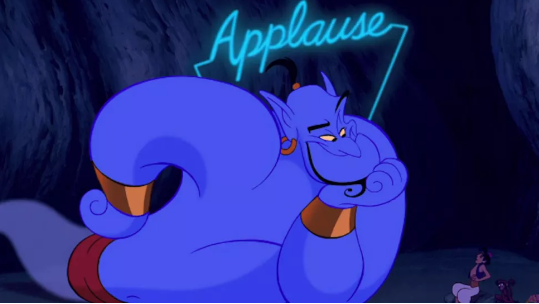 When Disney first introduced Genie+, it disappointed many Walt Disney World and Disneyland Resort fans because one of the key elements of the new paid service—the ability to access Lightning Lanes, formerly known as FastPass—was once free. However, there are still a few perks offered as part of Genie+ that potentially justify the price, and Disneyland has just added one that potentially makes it significantly more profitable than Genie+ at Walt Disney World.

Starting today, guests who spend $20 to buy Genie+ at Disneyland Resort get access to Disney Photopass lenses, Snapchat-like filters that add fun elements to your photos, like putting characters in the background or turning you or your surroundings into something from Disney movies. . Previously, this option was only available in the Genie+ version for Walt Disney World.

Comparison of Genie+ at Disneyland and Walt Disney World

But this is where the value of two different versions of Genie+ becomes more complex. When Genie+ was launched, Walt Disney World received Photopass lenses, and Disneyland guests got access to a free Photopass allowing them to save any photos taken by official Disneyland photographers. Each resort had something special that the other one didn’t have. Disneyland has now acquired Photopass lenses, but Photopass is still only available in the Genie+ version for Disneyland.

And at some point, perhaps in the near future, the cost of Genie+ from Walt Disney World will probably rise to $20. From the beginning, we were told that part of the reason the Walt Disney World version became cheaper was because it was a new option for Florida, while guests at the Disneyland resort were at least familiar with MaxPass, the previous optional option, similar in some respects. on Genie+ for $20. Of course, it will be interesting to see if any additional features will be added when such a price increase occurs, to potentially make the increase more attractive.

Judging by the statement of The Walt Disney Company, Genie+ is a success in all directions, so what is offered is likely to have no significant impact on whether people will use this option. However, it will be interesting to see how Genie+ will develop independently at both resorts.