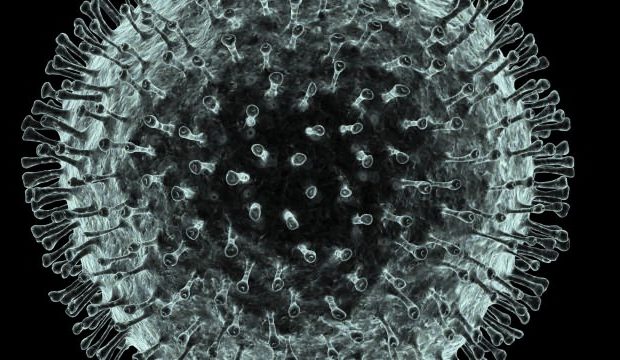 The researchers discovered that the genetic codes of the new type of corona virus emerging from Wuhan, China are 80 percent identical to SARS. SARS, known as severe acute respiratory syndrome, caused 774 people to die between 2002-2003.

The new type of corona virus, which has been infected by more than 20,000 people since December, has caused 425 people to die. The virus, which continues to spread to various parts of the world, is getting more and more scary day by day.

Researchers from the University of Reading in the UK have studied the genomes of infection samples collected from patients at an early stage of the outbreak to identify the origin of the new type of corona virus, officially called 2019-nCoV.

Ian Jones, virologist from the research team, said that 2019-nCoV is a different version of SARS. Stating that corona viruses are generally zoonotic, that is, diseases transmitted from animals to humans, Jones said, “2019-nCoV that emerged in Wuhan is a bat-derived virus, such as SARS, which killed 774 people between November 2002 and July 2003. This means that the treatments and vaccines developed for SARS may be the source of studies specific to 2019-nCoV ”.

“2019-nCoV is a disguised version of SARS”
Scientists at the Wuhan Institute of Virology originally studied samples of viruses from seven patients who showed severe pneumonia or pneumonia symptoms, commonly known by name. Six of the patients worked in the Huanan wholesale seafood market in Wuhan, China, which is considered the place where the outbreak began. About 70 percent of the samples taken from the patients were almost identical to each other, and their genetic codes were similar to SARS by 79.5 percent. Researchers also found that 2019-nCoV is 96 percent identical to other corona viruses in bat populations.

Another study by scientists from Shanghai Fudan University and the Center for Disease Control and Prevention was examined by a 41-year-old man. Analyzing the samples from the patient, the researchers discovered that the virus infected the man shared the same genetic codes as a SARS-like corona virus called betacoronavirus found in bats in China.

The virologist Zheng-Li Shi, who has studied seven instances of viruses to date, points out that both SARS and the new corona virus bind to the same receptor called ACE2 deep in the lungs of humans. Shi says the treatments developed for SARS can also be applied for the Wuhan virus, because SARS and 2019-nCoV bind to human cells in the same way.

The first cases were linked to people working or visiting a seafood market. Although doubts are concentrated here, it is stated that the disease may have spread from animals such as snakes or bats. However, no official statement has been made yet about the origin of the virus.

The way to make sure where the virus comes from is by taking DNA samples from animals sold in the Huanan seafood market and bats in the region. According to the information reported by the Chinese authorities, there are 20,438 confirmed cases of corona virus. The number of people who died from infection has increased to 425 as of today.

good news for Fast and Furious Hobbs and Shaw 2