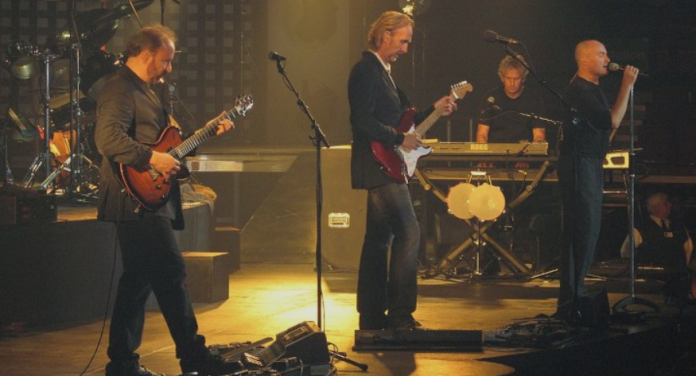 Concord recently spoke in detail about a major purchase that will take place a few weeks after the purchase of the HitCo catalog and about two months after the deal with the Australian publisher Native Tongue. According to Concord, headquartered in Nashville, this latest game includes the rights to songs from the solo careers of the artists mentioned, as well as their shares in Genesis releases.

Phil Collins, 71, has released eight studio albums (and boasts a relatively sizable audience of 16.22 million listeners per month on Spotify), while Tony Banks, 72, has made six solo albums available to fans. Meanwhile, 71-year-old Mike Rutherford has 11 albums besides Genesis, in particular, two solo projects and nine albums from Mike and the Mechanics.

Genesis itself released 15 studio albums between 1969 and 1997, including such well-known tracks as “Invisible Touch” and “I Can’t Dance”. However, Concord made it clear that “the participation of Peter Gabriel and Steve Hackett in the early Genesis albums” “is not included in the purchase.”

As for the valuation, Concord has not publicly named the exact amount it paid Genesis. However, the Wall Street Journal pointed out that the value of the deal exceeds $300 million, making it one of the most expensive song rights deals in 2022.

Of course, the exact values of many other catalog sales also remain hidden from media attention. But in the first nine months of the year, an IP was reportedly sold for $100 million from Justin Timberlake, a large-scale catalog sale from Neil Diamond, a $100 million sale from Jason Aldean, a sale reportedly for $300 million from Sting, and more recently, undoubtedly an expensive three-quarters deal the Avicii catalog.

Genesis members who received windfall profits from the deal did not mention the agreement in statements, but their “longtime” manager Tony Smith touted a strong relationship with Concord in his own remarks.

“Concord is one of the world leaders in the field of music, with whom we have been working for many years on the publishing side, which we extend to the entire catalog of recordings along with the publication; we were impressed by their common sense and sensitivity to the wishes of artists, and we are confident that, along with the corresponding ongoing relationship with the record labels Warner Music and BMG, we leave the future ownership of the catalog in their capable hands, safe in the knowledge that the legacy will be protected,” Smith conveyed in a 90—word sentence.

In addition to the catalog mega-deals highlighted above, 2022 also brought a series of smaller sales, including purchases related to the works of Future, Florida Georgia Line, Justin Bieber and Chuck D only in September.