There is no doubt that Nvidia is preparing to launch new GPUs to combat the AMD Radeon RX 6000 line, with the RTX 3060 Ti being the first example. Numerous rumors and even confirmations have already been revealed, with programs like AIDA64 having already updated their database to recognize the next GeForce cards, and even their mobile variants.

Now, new confirmation comes through ASUS, as the Twitter user HXL discovered. When accessing the list of available GPUs on the manufacturer’s support page, it is possible to notice the presence of two models not yet announced. These are the GeForce RTX 3080 Ti, with 20GB of VRAM, and the RTX 3060, with 12GB of VRAM.

The models have already been taken down, but by now it is almost certain that we will have more news from both soon. According to rumors, the RTX 3080 Ti may end up being a slightly reduced variant of the RTX 3090, designed to go head-to-head with the Radeon RX 6900 XT.

The new top of the line from Nvidia will arrive with the same 10,496 CUDA Cores of the most powerful sister, suffering only slight reductions in consumption and clock, in addition to decreasing the amount of memory from 24GB to 20GB GDDR6X. Before expected to reach the market in January, the RTX 3080 Ti should now be made official in February. 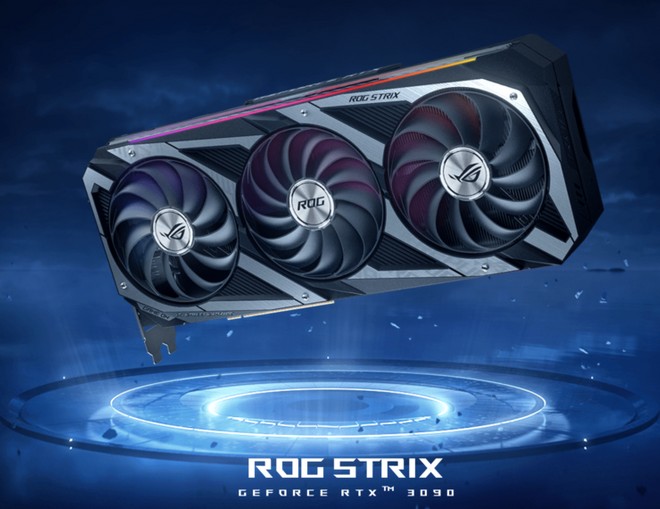 In the meantime, the RTX 3060 should be the company’s highlight for its Game On event, confirmed to take place in January. Possible new champion of the intermediate segment equipped with 3,840 CUDA cores, the card did not have many details disclosed, although we now know its amount of embedded memory. Despite this, following the advances of the RTX 3000 family, we can expect performance between the RTX 2070 SUPER and the RTX 2080 at significantly lower prices.