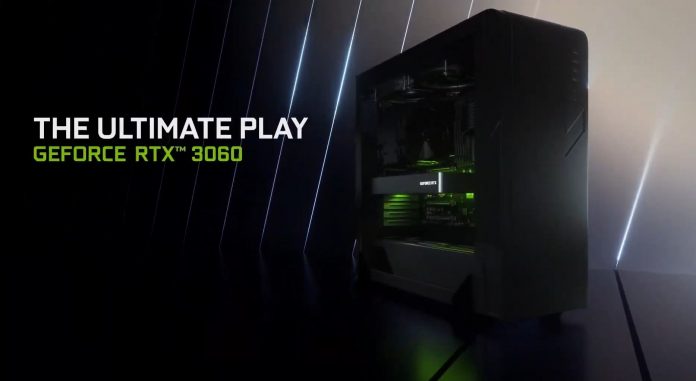 Nvidia has determined the release date of the newest graphics card Geforce RTX 3060. According to the news in The Verge, the mid-segment GPU for $ 329 will be available on February 25.

The new graphics card is thought to be consumed quickly

Nvidia has been dealing with stockpiles in GPUs for months, both due to the increase in cryptocurrency mining and limited demand. However, the company is preparing to offer the new graphics card for sale despite these problems.

It is thought that the graphics card, which will be released on February 25, may make it difficult to find the GPU due to production difficulties and crypto miners.

The most striking detail among the NVIDIA GeForce RTX 3060 features is that the card comes with 12 GB GDDR6 VRAM. With the same VRAM value as the RTX 3070, the card was designed to combat AMD’s Radeon RX 6000 series with plenty of VRAM. The graphics card with 3584 CUDA cores comes with 1.32 GHz base and 1.78 GHz increased clock speed. RTX 3060 with 192-bit memory interface width has 170W TDP value. As recommended by NVIDIA, the system should have at least 550W PSU.

The graphics card, which comes with a dual fan design like the RTX 3060 Ti, uses the second generation RT and third generation Tensor cores. The card, which is produced by 8 nm Samsung, allows the performance to increase in games that support DLSS 2.0 technology. Nvidia, especially focusing on DLSS and RTX technology, thinks that these two technologies will shape the future of the game world.

The video card, which will be on sale on February 25, continues to be eagerly awaited by gamers.