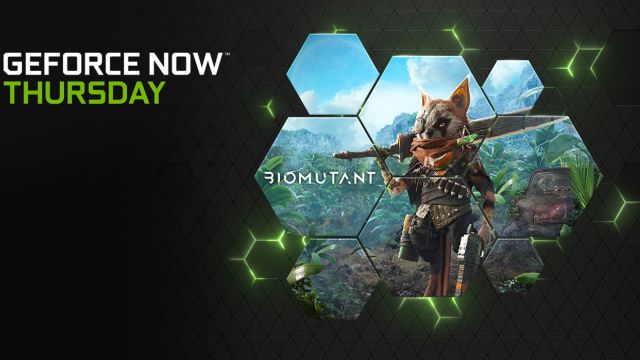 NVIDIA announces that 15 video games will be added to the cloud service catalog this week.
Up to 61 video games will come to GeForce Now this May. This was announced by NVIDIA recently, when it published a first list of 14 titles. Now, the hardware company has confirmed another new batch, which can be enjoyed throughout this week. In addition, they inform that the new Biomutant will arrive at launch, so we can enjoy it in the cloud from May 25.

Florian Emmerich of THQ Nordic (the publisher of Biomutant) said they love that GeForce Now “helps bring this ever-evolving furry creature and its lush world closer to more gamers.” The company’s public relations director adds that players can discover this new production even if they don’t have the right computer to move it. Not surprisingly, this service is fed by the catalog of the different platforms, so it does not have a digital store.

The business model works as follows: it can be accessed for free, but in this case with some limitations. Instead, subscribers (9.99 euros per month), can play without time restriction and enjoy the activated RTX.

All games coming this week