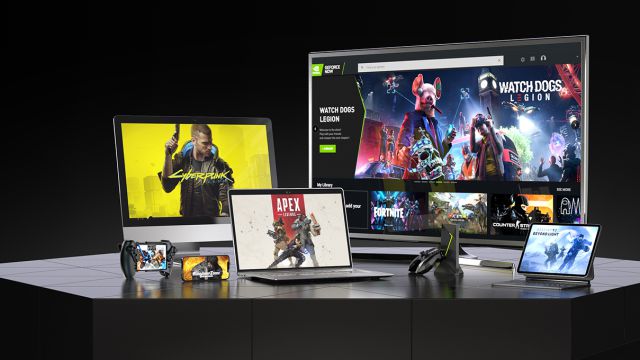 Nvidia makes official the premiere of this premium subscription in Spain, which allows PC titles with RTX 3080 quality to be played in the cloud. Nvidia has announced the premiere of the RTX 3080 subscription in Europe; Spain included. The GeForce Now cloud-based video game streaming service thus experiences a boost in its offering as a service, since now the subscription is open to everyone – previously only for customers with pre-order – in exchange for 99.99 euros each semester. Let’s find out what this RTX 3080 membership offers and what content it offers us at the moment.

At a time like today, when it is impossible to find an RTX 30XX generation graphics card due to the semiconductor crisis and rising production costs, Nvidia brings the GeForce NOW RTX 3080 subscription to Europe, which offers streaming video games with resolution of up to 1440p at 120 FPS on Windows and Mac computers. Broadly speaking, it offers the option of playing with higher resolution, with more powerful servers and with reduced latency.

Likewise, in Nvidia Shield it is possible to play in 4K resolution with a refresh rate of 60 FPS. It is necessary to have an Internet connection of at least 35 Mb / s for content transmissions at 1440p at 120 FPS. If we meet the requirements – and we play via wired connection to reduce latency – the quality of the gaming sessions is truly remarkable.

If the standard GeForce Now subscription is priced at € 9.99 per month (or € 49.99 per semester) in exchange for streaming at 1080p / 60 FPS, this GeForce NOW RTX 3080 raises the stakes in exchange for an increase in the price of the subscription; but also a considerable increase in the quality of Nvidia’s streaming video game solution. Specifically, we are talking about an enhanced service that connects to a GeForce Now SuperPOD server with Ampere GA102 chip (the one that the GeForce RTX 3090 and GeForce RTX 3080 mount) with a performance of 35 teraflops; triple that of PS5 and Xbox Series X) and 28 GB of DDRR4 RAM.

New interface and interesting features have arrived for WhatsApp Web