Home Tech Geekbench results showing that Kirin 820 5G will be stronger than Kirin... 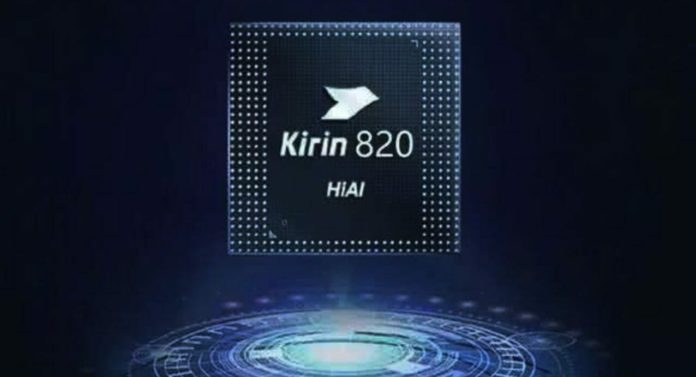 Chinese technology giant Huawei’s new processor, Kirin 820 5G, seems to be quite strong, despite being a mid-range processor. Geekbench results of the Kirin 820 5G show that the processor has surpassed the Kirin 980.

Within the scope of Huawei’s studies, we heard the name of Kirin 820 5G recently and shared some features of this chipset with you. Geekbench results of the chipset expected to be used in mid-range smartphones such as Huawei Nova 7 and Honor 30 have appeared today.

Kirin 820 5G surpassed Kirin 980 in Geekbench:
A graphic emerging in China’s popular social media application Weibo; Kirin 820 5G revealed performance comparisons of the Kirin 980 and Snapdragon 855 chipsets. As you can see in the image above, Kirin 820 5G; managed to score 3,490 points in a single core and 11,200 points in a multi-core.

Huawei’s new mid-range processor surpasses the Kirin 980 used in the previous flagship series P30 and Mate 20, meaning that Huawei can release highly ambitious devices with this processor. As you can see on the chart, the Kirin 820 5G outperforms Snapdragon 855 even in one core.

According to the resulting features, Kirin 820 5G will appear as a chipset with Cortex-A76 core and Mali-G77 graphics processing unit. It should also be noted that this hardware will be produced with 7 nm architecture. According to estimates, the first smartphone to use the Kirin 820 5G chipset will be the Honor 30S. Of course, we need to wait for the official announcement to make this clear.

Tesla and Toyota are working on possible partnership

Apple’s Technology That Can Detect Autism May Cause A Reaction!