Home Entertainment Gears 5, Scarlet Nexus And Other PC Games For Less Than 18... 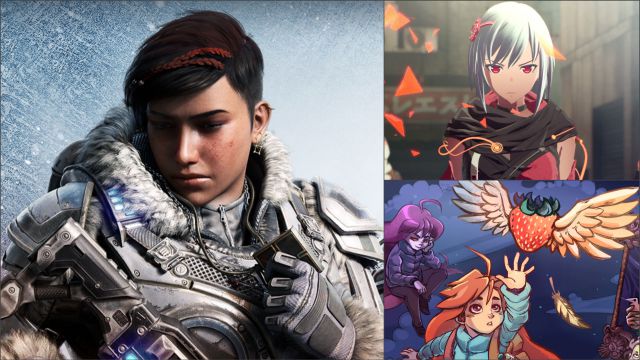 Gears 5: The Humbloe Bundle celebrates some of the video game’s heroines with a bundle that includes games like Gears 5 and Scarlet Nexus. All for Steam. Humble Bundle celebrates a new pack dedicated to the heroines of the video game. Names like Gears 5 or Scarlet Nexus are just some of the titles you can receive when you purchase it. All of them have a key for Steam.

You can get all of them for 17.59 euros through the Humble Bundle website. Part of the proceeds from the pack will go to the Girls Who Code charity. If, on the other hand, you prefer to pay less money, there are currently two alternative levels.

Paying at least one euro you will take Tacoma. If, on the other hand, you prefer to pay 10.55 euros, you can access Gears 5, Celeste, Cloudpunk and Tacoma. Full payment will get you the rest of the titles. You have until March 23 to buy it.

What were we saying about Scarlet Nexus?

Humble Bundle features Scarlet Nexus as the main image of the bundle. The Bandai Namco project debuted last summer as one of its new intellectual properties. This ‘Brain Punk’ universe proposed “a stylish action game with a brilliant anime aesthetic”. “The game has its problems, and sometimes it feels like you wanted to do more than you really could, but the essentials work well, the finish is good, the combat is varied in terms of its possibilities and the content is meaty if we want to see everything it has to offer,” we said.

We concluded that Scarlet Nexus is “A remarkable exercise in form over substance that will not be out of place in the bookstores of Japanese video game lovers.” You can read the full text by clicking on this link. The game is also available on PS5, PS4, Xbox Series X|S and Xbox One.

Where do the Guardians of the Galaxy go in the movie...