Home Entertainment Gears 5 Creators Have Worked On The Matrix Awakens 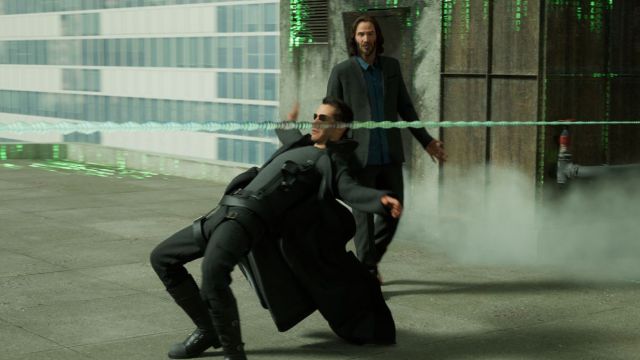 Gears 5: The Coalition has helped optimize the playable technical demo of the Unreal Engine 5 for Xbox Series X and Xbox Series S. The new generation is palpable in The Matrix Awakens, an interactive and playable experience that allows a glimpse of the power of the Unreal Engine 5 graphics engine. The Coalition, the studio responsible for Gears 5, announced that its next projects would work under this engine, something logical having Keep in mind that Gears of War has always been nourished by Epic Games technology. Now, in an entry published on the official Xbox Wire blog, it has been revealed that the developer has worked on optimizing this demo.

How has The Coalition collaborated with Epic?

“We were working with Epic on initial support for Unreal Engine 4 for Xbox Series X when the new console was announced in March 2020,” said Kate Rayner, CTO of The Coalition. “Later we released a native Gears 5 update for Xbox Series X / S that added visual enhancements such as SSGI, better texture details and 4K cinematics in real time at 60 FPS, all implementing 120FPS in multiplayer (performance mode)” . Thanks to this they learned “how to optimize” the games to these new pieces of hardware.

One of the main goals has been to focus on memory and performance optimization to take advantage of both Series X and Series S. “Since the experience is contained in a huge and dense world with an astonishing amount of content, the The first step was to work on memory optimization ”. They collaborated closely with Epic to ensure that the demo assets benefited from streaming textures and memory systems, “especially on Xbox Series S,” which is a less powerful machine.

In terms of performance, the team improved the utilization of the CPU cores. They also touched on Xbox raytracing and vertical sync in order to ensure a stable framerate. The Series S version introduces the same improvements as Series X, although with some quality differences.

Rayner comments that the engine has improved over the months and that The Matrix Awakens is “an excellent example” of what the new generation will bring us, with features such as ray tracing for shadows, Lumen, Nanite, the system world partition, etc.

The Matrix Awakens: An Unreal Engine 5 Experience is available for free on Xbox Series X, Xbox Series S, and PS5.

Reviews of “Miss Marvel” on Disney+ have dropped, and MCU fans...

Doja Cat apparently lost 200,000 followers on Instagram due to the...