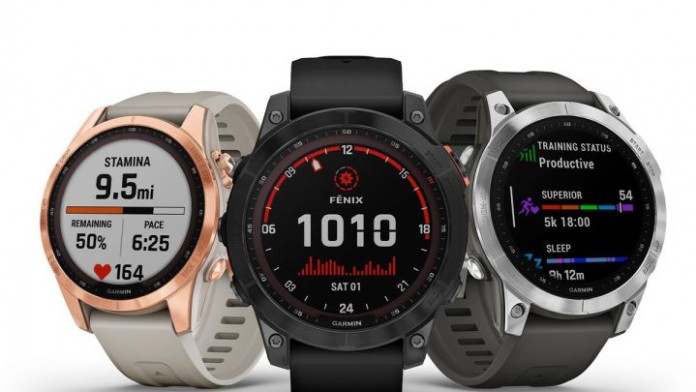 Garmin Fenix 7: The smart watch manufacturer Garmin has just presented its new workhorses, which will replace the Fenix ​​6. It is the new Fenix ​​7 series, which arrives with the Fenix ​​7, Fenix ​​7S and Fenix ​​7X models in the United States. The company’s new smartwatches come with an LED flashlight, GPS L5 and solar charging. And they are not the only launches they have made, in addition, they have also presented the Epix Gen 2 smart watch.

As for the other model presented, the Garmin Epix Gen 2, it comes with two versions, a glass dial and steel frame and a price of 899 euros, and another with a sapphire dial and titanium frame for 999 euros.

Characteristics of the new Garmin Fenix ​​7

Regarding the features presented by the new series of Fenix ​​7 smartwatches, they boast solar charging, which according to Garmin, has 54% more solar surface compared to the Fenix ​​6X Pro. Due to this, as expected, the series also has superior autonomy.

The Fenix ​​7 series of smartwatches have a GPS L5 frequency range, so users will have superior accuracy of GPS signals at their disposal. An interesting fact is that L5 is the new GPS signal for civilians, which has an advanced signal design, as well as greater bandwidth and more power, which gives us a more accurate result.

In addition, the most vitaminized model of the new series of Garmin smart watches has a hands-free LED flashlight, thus emitting an LED light that can be bright white or red. It also has a strobe mode for emergencies.

Going back to the Epix Gen 2, this model has a 47mm face with a 1.3-inch OLED screen and an estimated battery life of 16 days. The watch has some features similar to the Fenix ​​7 series, although it does not have solar charging or an LED flashlight.

Without a doubt, a generation of smartwatch that will delight the most adventurous users. Are you interested? Well, you know that you can already buy the Garmin Fenix ​​7 series through the manufacturer’s website.