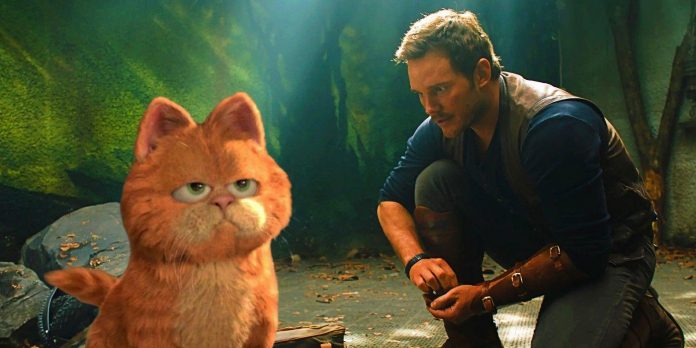 Sony Pictures has announced the release date of its new animated film about Garfield. Created by Jim Davis in 1978, Garfield is a popular comic strip dedicated to a cat who loves lasagna and hates Mondays. The character was adapted for several environments and became the title of two feature films: Garfield in 2004 and Garfield: A Tale of Two Kittens in 2006. It was recently announced that Sony Animation is developing a film about Garfield, and Chris Pratt is to voice the main character.

According to Deadline, Sony Animation has scheduled Garfield’s release for February 16, 2024. Pratt will voice Garfield alongside Samuel L. Jackson, who will play Garfield’s father Vic, a new character created for the film. Two films are currently scheduled for release on this date: an untitled Marvel Studios movie and an untitled Universal movie, both of which are due to open to take advantage of Valentine’s Day and President’s Day weekends.

While Marvel Studios has unveiled its Phase 5 plan, many have noted that they have not set a release date for the film for February 16, 2024, which they had previously set. The date may refer to a number of films, including “Deadpool 3” or the sequel to “Shang Chi and the Legends of the Ten Rings”, and may be presented at D23. Sony Pictures probably hopes that whatever movie Marvel Studios announces, “Garfield” will serve as a good counter-programming option for a younger audience.