Home Sport Gareth Bale scoffed at Real Madrid, although he didn’t want to 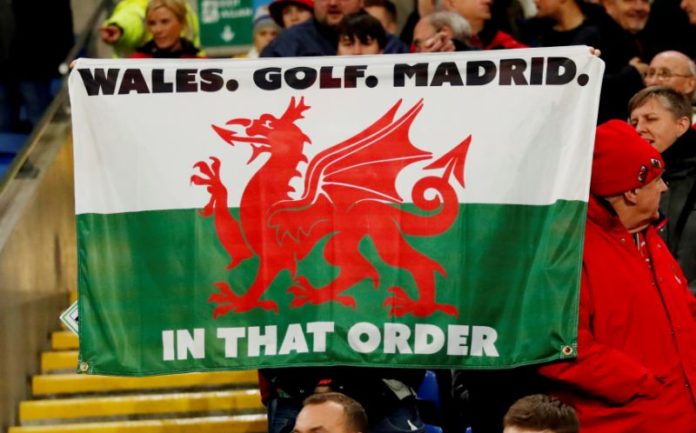 Gareth Bale yesterday put the last nail in his coffin as a Real Madrid player. Everything that disputes a minute more with that shirt in his celebration with Wales will seem to me an error although what is clear is that it will leave sooner rather than later. It may be in the winter market, or in summer, but what is certain is that it will be not too late and the sooner it is, the better.

Say this with all the pain in the world of those who have defended their unquestionable (in capital letters, INCUESTIONABLE) sporting merits. It was essential in the Madrid of the four Champions of five despite whoever weighs him and that, over time, should be what prevails. But today his attitude has no justification, from that priority not hidden from playing with his team before the club that pays him to his laughs and dances next to a flag that read ‘Wales. Golf. Madrid. In that order’.

The history of that flag is known by some, but not all. They refer to those priorities that the Spanish press points out and that Pedja Mijatovic, in the Cadena Ser, shaped. However, that story known by some is not by everyone and the perception of practically the entire football planet is that Bale yesterday laughed at Real Madrid. From his club. That is something absolutely indisputable and that the Yahoo colleagues who live in London confirm me, although I had no doubt.

The war of a sector of Madrid with the press for the constant mistreatment that Bale suffers has blinded him, has made them think that the Welshman mocked only journalists. They take it for granted that a footballer who acknowledged not knowing who the British Prime Minister read the Spanish sports press every day and that is why he sends them a scathing, intelligent message.

The reality is that Bale was seriously wrong, that in full ecstasy for the celebration he saw a flag in which it was said that Madrid was almost the last thing and did not give it any importance, he did not even make the threat of turning away, of removing it. Nor are they known, for the moment at least, statements explaining it, or a miserable tweet apologizing, apologizing to that large part of the fans who have always been by their side.

Let no one lose perspective. Bale’s mistake is so huge that it is no longer worth defending him, he has chosen his path.