Home Tech Why do some games only work on 64-bit phones? 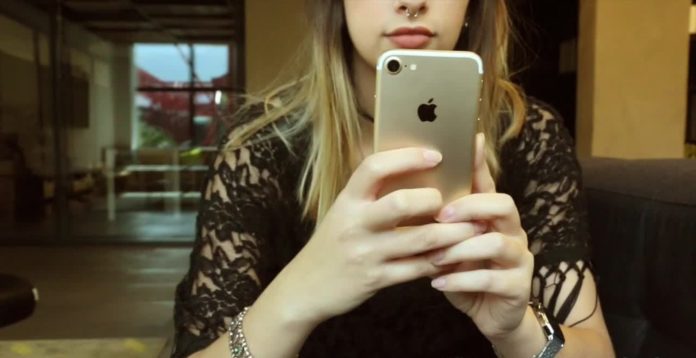 The game Teamfights Tatics (TFT), a novelty from Riot Games in the games market, came with a very common question among game users. When trying to run the game on the smartphone, many people discover that the application is incompatible with the phone, since the game only works on 64-bit phones. Since August of last year, all applications that enter the Play Store must be in this format.

The terms 32-bit cell phone and 64-bit cell phone refer to processor and operating system architecture. For an application to work, there must be compatibility with the smartphone in both the number of bits and the size of memory and processing capacity. Check below how a device works and understand why some applications do not work on certain phones.

How a cell phone processor works
Before choosing the best phone, you need to pay attention to the processor. The better it is, the faster the applications and the operating system will run. For this, it is necessary to take into account the manufacturer, the number of cores, the generation and the clock speed.

The speed of the processor is measured by a frequency in Gigahertz, that is, how many cycles the component can complete each second. The higher this frequency, the faster the phone will be able to perform tasks and applications.

This speed needs to work together with the cores, which function as small processors working together. The more cores, the more tasks can be performed at the same time. There are currently smartphone processors with two cores (dual-core), four cores (quad-core), six cores (hexa-core) and eight cores (octa-core).

The information is carried to the processor by RAM. Thus, there needs to be a balance between the quality of the memory and the processor. A phone with a powerful processor and only 2 GB of memory may not perform as expected.

Finally, to run heavier games and applications, the device needs a GPU (Graphics Processing Unit). This component helps to run graphic images with high quality, without the phone freezing or overloading.

There are currently several processor manufacturers, the most common of which are Apple (A1 to A13), Qualcomm (Snapdragon), Samsung (Exynos), MediaTek (Helio), among others. It is always important to be aware of new generations and versions of processors.

Difference between 32 and 64 bits
A bit represents the smallest piece of information that can be processed by a device. Currently, there are 32- and 64-bit cell phones. The x64 architecture was developed in the early 2000s for computers, based on an agreement between AMD and Intel. In the world of smartphones, Apple took the lead and announced in 2013 the iPhone 5S, with A7 processor.

A year later, HTC launched the Desire 510, the first 64-bit Android. However, all operating systems continued to run at x32. Only the following year did Google launch the Android 5.0 Lollipop update, with Samsumg’s Galaxy A3 being chosen to receive the system.

These bit values ​​indicate the ability to transmit information between the processor and the device’s RAM. Thus, a device with x32 processing capacity can process only half the information that an x64 processor.

X32 phones can support a maximum of 4 GB of RAM, while x64 recognize memories of up to 192 GB. Working with a larger number of bits directly influences overall performance.

Why some games only work on 64-bit phones
For applications and games to work correctly on a device, there must be compatibility with the architecture of the phone. 32-bit programs may even run on 64-bit operating systems, but errors may occur. So, if the game is x64, it is very likely that it will only run on an x64 smartphone.

In August last year, Google announced that all x32 applications will be kept on the Play Store, but that, from that date, the x64 version would become mandatory for new programs. The company expects all apps to be in this format by 2021.

A second point to be noted concerns the system as a whole. Many x64 devices are unable to play certain games. This can happen due to the number of cores, the processing speed or the size of the RAM. Cell phones up to 4 GB are usually x32. Above that, the device must be x64.

An x64 phone with a great processor may malfunction if the memory is small, as the information will not be passed on correctly. Before purchasing a cell phone, it is important to evaluate what functions will be performed to choose the device with the specifications that best adapt to the user’s needs.